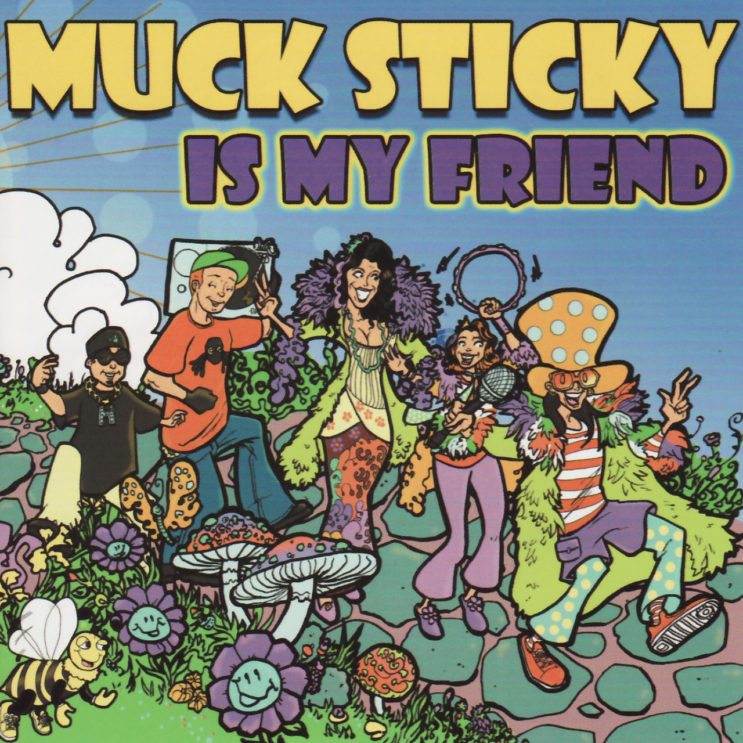 I met up with Muck last week grab a copy of his new album titled “Muck Sticky Is My Friend,” I popped in the CD and from there it was nothing but colorful fun! Muck and his crew have been all over the world promoting their comical rap from a tour with Saliva, to performing in Amsterdam, and to New York to visit the offices of High Times Magazine. Even with all this under his belt, he finds time to always come back to his roots in Memphis to perform and record.

And this week, Muck is teaming up with local movie-maker Craig Brewer, Al Kapone, and MTV for a new series titled “$5 Cover.” It will be an online series funded by MTV and will promote Mitdown Memphis’s music and culture. Brewer plans to have a full cast of nothing but Memphis musicians and extras. Friday July 18th at the New Daisy Theatre they will begin filming and it will also be a free concert performed by Muck Sticky and special guest Al Kapone. Make sure you come out and be a part of this special event!