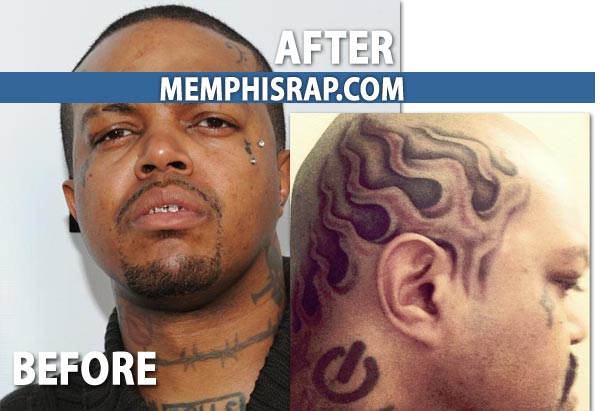 Memphis rapper DJ Paul of Three 6 Mafia pulled a Birdman and has gotten a bald haircut and tattoo on his head.

DJ Paul cut all his hair off and has gotten a design of a fire flame tattoo on his skull.

In the picture that was tweeted by Paul via Instagram, the rapper/music producer can be seen sporting a brand new flame tattoo wrapping around the right side of his head to the back of his neck.

The rapper posted the photo with the following caption:

In remembrance of #BamBamBigelow Kick A-s Wrestler!!! Had to get this lastnight!

Apparently DJ Paul is preparing for a new change with his new flame tattoo and the recent announcement of his new reality TV show with Ryan Seacreast, as reported on MemphisRap.com.