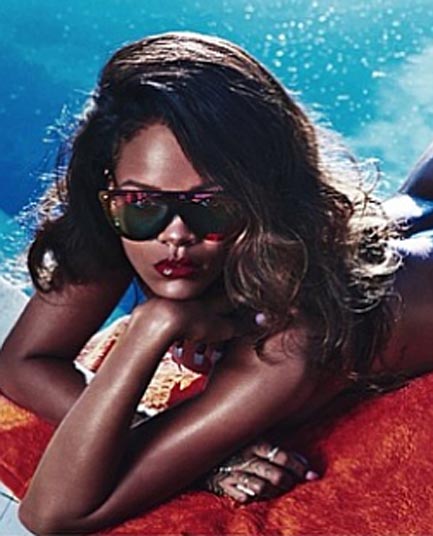 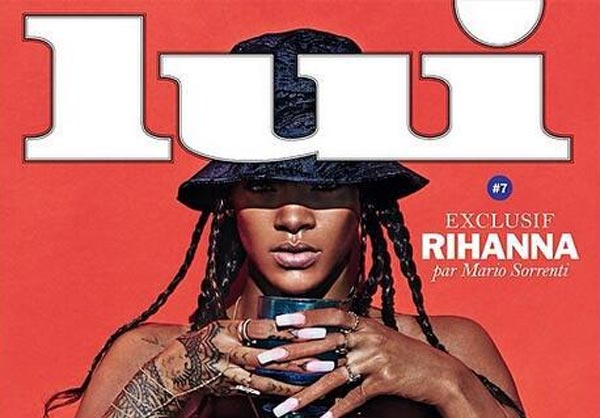 In the new pictures of Rihanna in the French magazine, for the first time, Rihanna bares her breasts completely in the uncensored pictures for the new issue of Lui magazine.

News of the pictures actually surfaced over a week ago showing Rihanna in a photo shoot with some sexy tan lines posing with her face down and bottom in the air while having water poured over her by some lucky water guy.

The new photos of Rihanna showed the singer bottomless and were rumored to be for a French magazine but it was not known which magazine until now.

For the new magazine feature, Rihanna is shown on the front cover wearing nothing but a bikini bottom with her chest completely bare revealing her pierced nipple ring while sporting a braid hairstyle with a bucket hat on.

In related news, the singer is also featured on covers for Vogue Brasil May 2014 issue. While Rihanna is definitely getting covered, she is doing more uncovering in the midst of her new magazine photo spreads and poses.