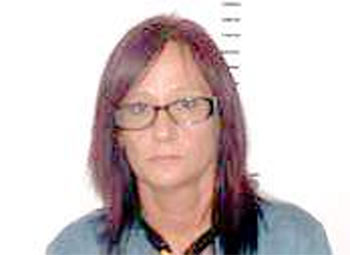 A Tennessee mother was indicted on charges in the death of her 17-year-old daughter after turning the teen into a drug dealer.

Nicole Irizarry, 41, is accused of forcing her daughter Kristin Irizarry, 17, into the business of selling illegal prescription drugs which included oxymorphone.

On January 23, the Tennessee Bureau of Investigation (TBI) arrested Nicole Irizarry along with two men in the connection with the death of Kristin Irizarry following the 17 year-old’s death of a prescription drug overdose in October 2012.

All three – Nicole Irizarry, Darius Skelton 20, and Dayzon Skelton, 19, were indicted by a grand jury in Stewart County on a number of charges stemming from the Clarksville teen’s death where she was left drugged on a mixture of drugs such as ethanol and oxymorphone that caused acute combined multiple drug intoxication.

Kristin Irizarry attended a party where alcohol was being served with Darius Skelton, Dayzon Skelton and another unknown juvenile. This is where she were supposed to sell her mother’s drug oxymorphone.

That night, the teens went to Dayzon Skelton’s home and Kristin was found the next morning dead.

The two young adults have been charged with one count of possession of a controlled substance with intent to sell, two counts of contributing to the delinquency of a child, one count of conspiracy to sell a scheduled drug and one count of criminally negligent homicide.

Bail was set at $50,000 for Nicole Irizarry and $25,000 for both Darius Skelton and Dayzon Skelton. All three have bonded out since being indicted.