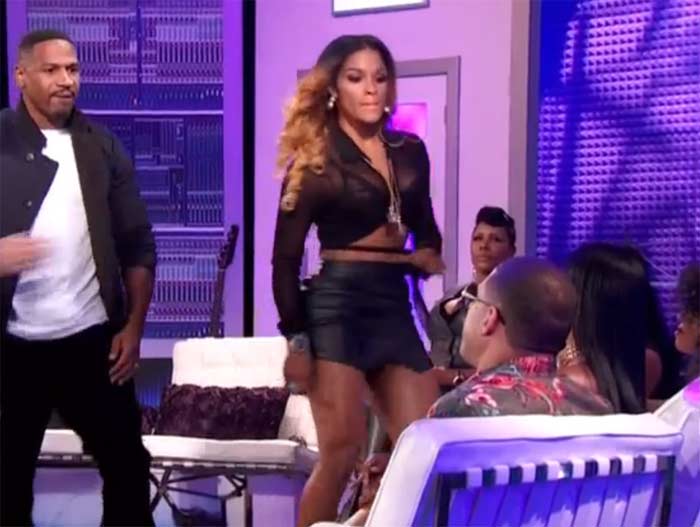 Love & Hip Hop Atlanta’s season 3 reunion show was filled with drama on the newest episode, but what wasn’t shown is when Joseline Hernandez allegedly attacked and got into a fight with Althea ‘Heart’ Eaton during the videotaping of the finale show.

Now, Althea is filing a lawsuit and is suing Joseline Hernandez for attacking her.

The fight apparently turned into an all out brawl with the cast including Althea’s fiance Benzino and Joseline’s hubby, music producer Stevie J.

Joseline is accused of smoking crack cocaine before the attack.

Rumors first sparked that Joseline was involved with drugs when a video surfaced of Joseline rapping incoherently in the studio which she was seemingly high.

In the meantime, check out the video of Love & Hip Hop Atlanta: Reunion Part I below.