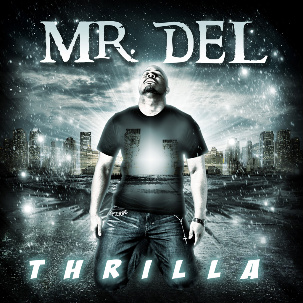 Cafe Soul was a packed house on Monday night at Mr. Del’s album release party for his latest project “Thrilla.” It was a great atmosphere and he opened the show with a young group from his new label DMG (Dedicated Music Group) called “Movement of Truth” and he also did a small tribute to MJ (Michael Jackson), which the crowd loved!  After an impressive opener,  Mr. Del took the stage and gave the crowd a taste of “Thrilla”, I was was very impressed with the sound quality and deliverance. He seemed to really grab the crowd’s attention with his spiritual message!  I was able to get an interview with the hip-hop star and get his insight on the Memphis music scene, the new label, and his Universal deal. Check out the pictures from the show and read whats next for Mr. Del. 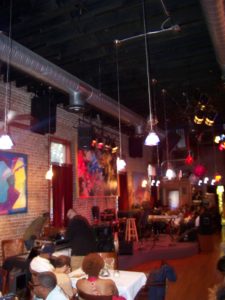 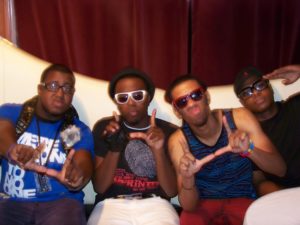 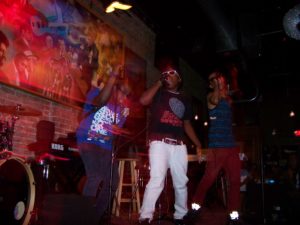 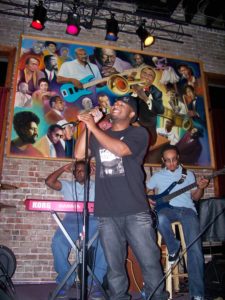 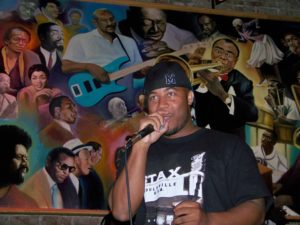 What would you say makes this album different than any other album you have released in the past?

Mr. Del: This is the first project on my Universal label deal so that’s very exciting. Secondly, sonically, this album is my best album up to date – it has a variety in music style. Thirdly, it’s more of a transparent album lyrically.

What is the meaning behind the name “Thrilla”?

Mr. Del: Thrilla is an acronym for “The Real Anointing,” which is something that I believe you must have in order to be in this position and to be effective.

Who all was a part of putting “Thrilla” together, any special features?

How would you describe your music to new listeners?

Has being in the Gospel genre interfered with your growth as a rapper?

Mr. Del: No, not at all. I believe that all our gifts come from God, and it should not be diluted because I am considered gospel.

Tell us about the new label “DMG” and what artists you have working with you?

Mr. Del: The new label has Mali Music, MOT, 4Given4, TRUE and Avari Williams. All of these artists are extremely talented and from all over the country. My goal is to be the Def Jam of urban inspirational music.

Are you getting to spread your wings more as an artist since you have been with Universal?

Mr. Del: Yes. I totally have the freedom I have been waiting for.

What other projects are you working on?

Mr. Del: Mr. Del and Irocc. I also have a vision to record to an album, “Gutter Gospel,” which features mainstream hip hop artists.

How do you feel about the current Memphis scene right now, musically or socially speaking?

Mr. Del: I feel good about Memphis. I have always loved Memphis. I am a Memphis child. I feel like there is a newness that’s happening in Memphis, and I am glad to be a part of it. I salute all Memphis artists no matter what genre they are in.

We know you have been in the business for a long time, What advice would you give inspiring artists?

Mr. Del: As long as you put God first, the giver of your gifts (talents), you will go far. Match faith with grind, and that will produce success.

Thank you very much for your time, Memphisrap.com wishes you much love and luck in the future!