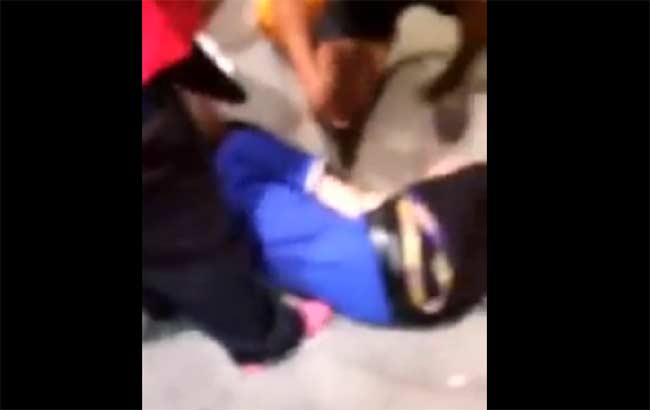 A large group of teenagers were caught on cellphone video running through a Kroger parking lot then beating up Kroger employees in a violent brawl.

The incident occurred at a local Kroger grocery store at Poplar Ave and S. Highland near the University of Memphis and East High School area in Memphis, TN.

Apparently in the video, a customer is seen being attacked as a Kroger employee attempts to come to their aid and is beaten to the ground along with another employee seen stomped and beaten in the video.

Some are calling the incident a part of the viral knockout game however, it may be more than just the knockout game.

Currently the incident is being investigated by the Memphis police department and anyone with information is being encouraged to contact Crime Stoppers at 901-528-CASH.