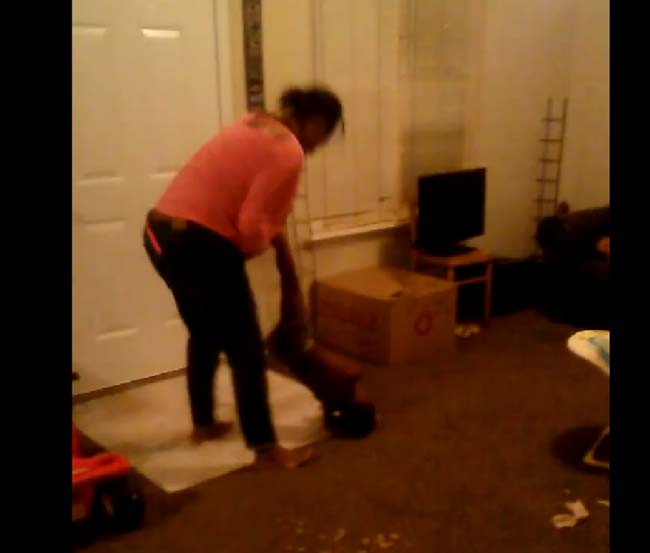 A mother has reportedly been arrested after a video that a father posted on Facebook went viral showing the mother going through the house spanking child after child with a belt and some other object for not cleaning their room, for eating chips they found in her closet among other things.

The video, which was posted by the believed father under the Facebook name Dominic Davidson, immediately ‘caught on’ over the social media site and apparently grabbed the attention of authorities.

Chemicka Latrice Smith is the believed name of the mother, who was posted on Facebook as Chrrmicka Smith.

According to the believed father, he stated that he was going to post the video until something was done about it.

A police arrest record shows a woman with the name Chemicka Latrice Smith was arrested on January 27th for three charges of child abuse in Charlotte, North Carolina, the same location mentioned on the believed father’s Facebook profile.

The video has been available on Facebook since January 21st. 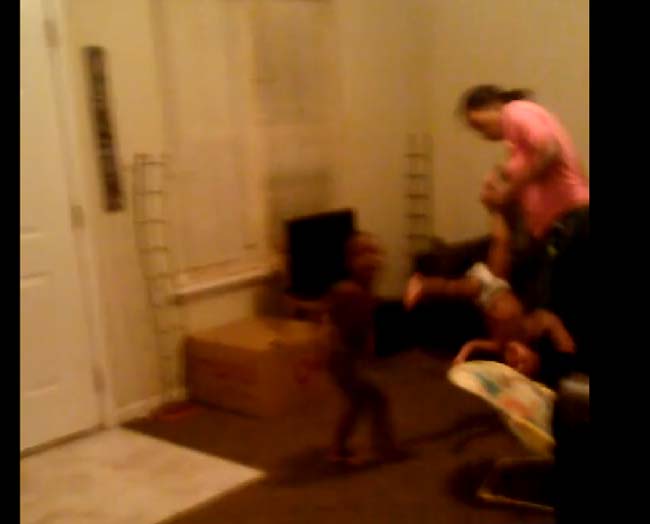 According to police records, Chemicka Latrice Smith was released on a bond set at $10,000 for charges of three counts of child abuse.