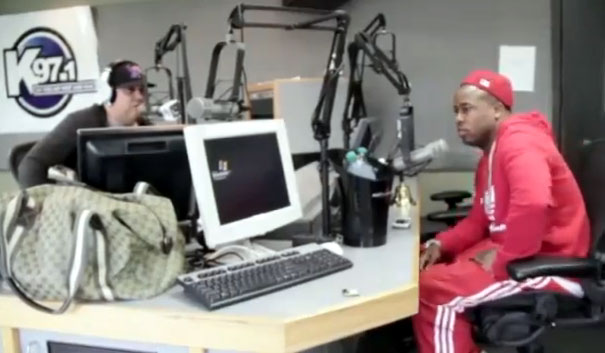 Memphis rapper Yo Gotti has responded to the diss from Atlanta rapper Gucci Mane, as reported on MemphisRap.com, after learning about it from texts from actual associates of Gucci Mane, who Gotti says are cool with him.

The associates informed Gotti that Gucci Mane was in the studio recording a diss song, he reveals in his interview with DJ Devin Steel of K97 FM.

Gucci Mane claims Yo Gotti tried to ‘ride his wave’ by releasing his mixtape on the date of 10/17, the date that Gucci Mane releases all of his 1017 Brick Squad Records’ projects.

Gotti claims he is not always looking on the internet or following other artists’ release dates and after he found out Gucci was releasing on the same date, he reached out to Gucci first to collab on dropping on the same date with the dude he thought was his homeboy. After Gotti says he realized Gucci had ‘an issue’ with it, he chose another date because again, he believed he was doing that for someone he believed was his homeboy.

Gotti claims, he is more disappointed than anything because the word about a possible diss record, from Gucci Mane toward him, is not what he would expect someone from someone that he looked at as ‘different’ — a straight-up, stand-up guy and his homeboy.

Gotti says Gucci has his phone number and that’s disappointing that he [Gucci] would come like he’s coming and it’s shocking that he would say his name in a diss record.

Gotti goes on to say that he’s just ‘100’ with all the foolery that’s going on and says you just have to be ‘100’ and stand for something.

Watch Yo Gotti’s response to news of Gucci Mane’s diss below: