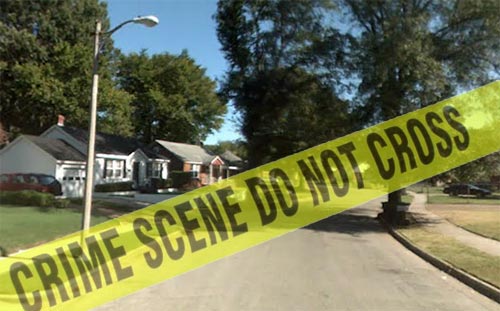 Two victims are thankful to be alive after being shot during a robbery, but, at the same time, are sad that the robber was killed in the process of trying to rob them.

In the early hours, on Saturday, December 8, 2012, an unidentified man and woman were approached by Darius Davis, 22, while in the drive-way of a home in North Memphis in the 1100 block of W. Lexington Circle.

Davis allegedly, demanded the two victims to not move, but the female victim is stated to have ran so Davis opened fire shooting both victims. What Davis wasn’t expecting was for the male victim to be carrying a gun of his own and to return fire which resulted in Davis being struck.

All three were transported to The Med were Davis was pronounced dead.

Police records indicate Darius Davis had been in trouble with the law before for such crimes as aggravated robbery, criminal impersonation, unlawful possession of a weapon, and more.