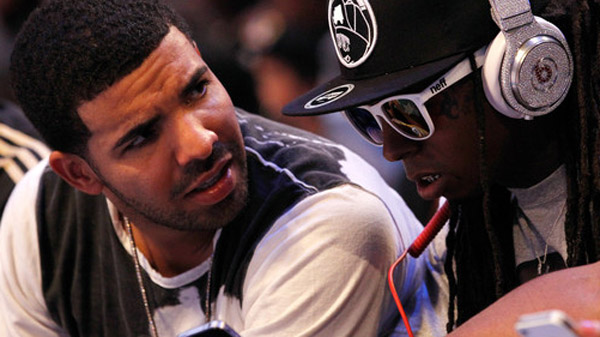 The wondering eyes of Drake has allegedly led the rapper to get into a fight with Lil Wayne; for some time, hip hop rumors have been that Drake has been flirting with Lil Wayne’s alleged fiance Dhea Sodano.

According to gossip site MediaTakeout, their credible source claima that Drake and Lil Wayne got into an altercation two weeks ago while in Miami at a hotel. But what did it have to do with Dhea Sodano?

It seems the two were wrestling and having fun from analyzing it.

The source, who is stated to be a security professional, confirmed that it wasn’t really a fight, but more like headlocks and wrestling.

So what does Dhea Sodano have to do with them wrestling and tossing each other around? Nothing it seems.

Meanwhile, Drake is still rumored to be unhappy with his financial situation or arrangement with YMCMB, though it is all based around speculation.