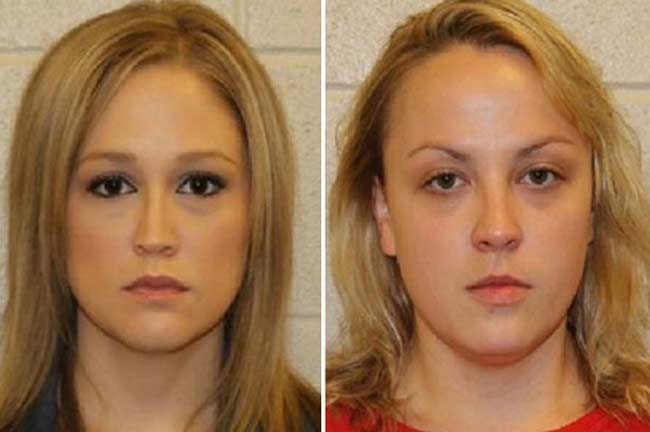 Shelley Dufresne, 32, and Rachel Respess, 24, who were suppose to have been teaching English are now facing jail time in Louisiana for teaching their student much much more.

As in many cases of female teachers having inappropriate relationships with a male student, the 16 year-old teen bragged at school to other students and this is what led to authorities being contacted.

The 16 year-old was telling other students of his encounter with the two teachers, which may have been recorded on video.

The two teachers are now on house arrest after posting bond and face numerous charges when they appear in court next month while they are currently on suspension from school without pay.