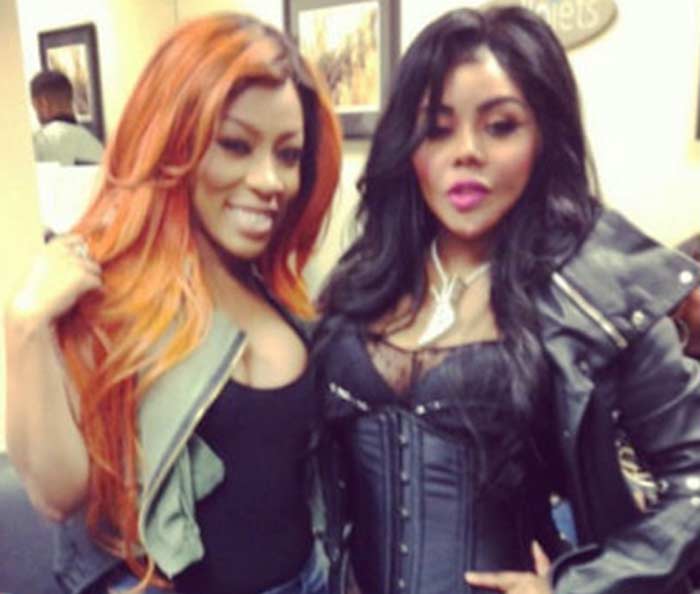 K. Michelle and Lil Kim who are ‘friends’ on Twitter got into a beef between tweets after K. Michelle praised Nicki Minaj as the “Queen of Rap” in a tweet.

Lil Kim aka the Queen Bee lashed out at K. Michelle after she called Nicki Minaj “Queen of Rap” saying that her tweet was shady.

Kim said, “I love you girl” in one part of her statement while bashing her tweet in another part.

K. Michelle responded that it was OK for her to like both, referring to Nicki and Kim, saying that “there’s no hate.”

K. Michelle was apparently attacked by Queen Bee fans, in which she responded with a tweet “Lil Kim fans can kiss my a-s” adding that her and Lil Kim were very cool.

Bashing Lil Kim’s fan didn’t go over well with the rapper who responded with, “saying f--k them is like saying f--k me” adding that she still loves K. Michelle but “wrong is wrong.”

More attacks came from both sides even bringing up to each others ages along with other insults.

Meanwhile, Lil Kim has in the description of her Twitter, “Lil Kim the Queen of Rap.”