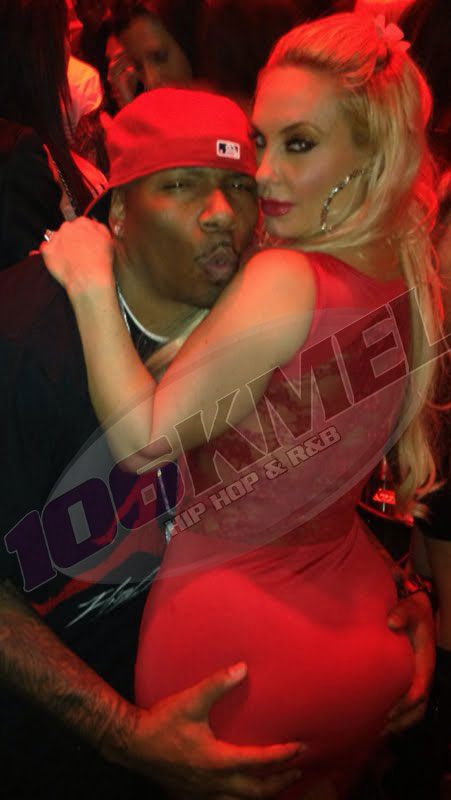 Rapper AP.9, who has been the topic of talk ever since racy photos leaked online of him squeezing on Ice-T’s wife, sexy model Nicole CoCo Austin’s booty, released some more racy photos of CoCo, as proof of his sexual encounter, he claims he had with the sexy CoCo.

Before now, all that the public had seen were somewhat basic fan photos, which CoCo would likely take with any fan, even in the presence of her husband Ice-T, but this recent photo leak makes the pictures before kind of dry in comparison to the rapper’s latest juicy picture of CoCo with her dress pulled up over her behind revealing a likely half naked CoCo.

Not your typical fan photo or is it?

AP.9 has already confirmed that he and Ice-T’s CoCo had a steamy one night stand but with no evidence, the rapper has been called a liar, fame seeker, and worst by fans, bloggers and critics.

Now, not only has he released a new picture, but also a text he claims to have had with rapper Ice-T. 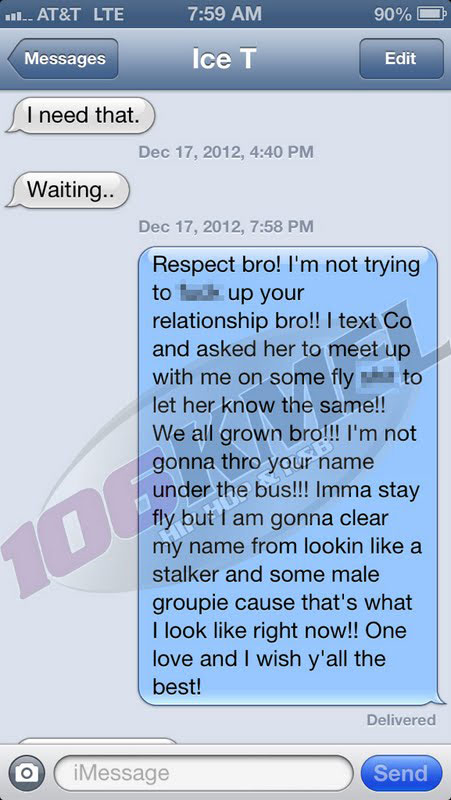 The rapper also showed some photos to DJ’s and hosts during an interview with radio station 106 KMEL, to the shock of the hosts who claim ‘it’s real proof.’