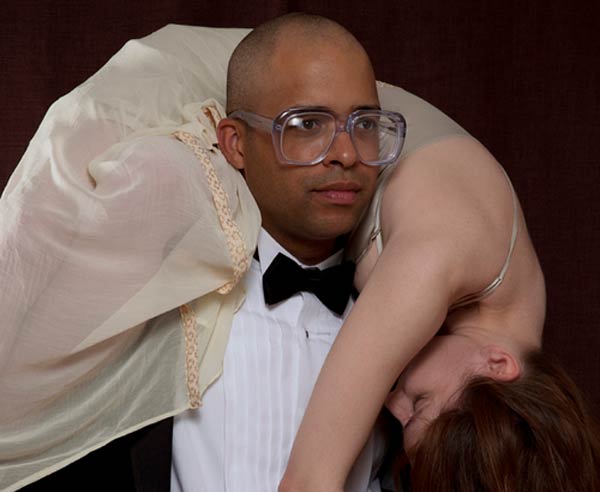 The photographer out of Brooklyn wants to bring up awareness of how people of certain races are status symbols.

Nate Hill claims people see white woman as a status symbol and he wanted to figure out a way to touch on that topic in a satirical way.

Hill took pictures of naked white women draped on his shoulders like scarves in the rooms of his north Brooklyn apartment one afternoon and then continued visiting homes of white women to get them naked to wear as “Trophy Scarves.”

The married Nate Hill spoke on how his wife feels about his new art form.

“She has her own stuff going on, her own job,” Nate says, claiming he had to just “let go of worrying that she’s not happy with it,” while adding that she does “tolerate it.”