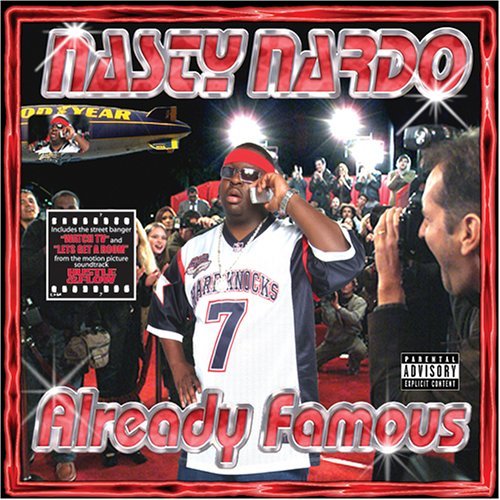 The lyrically intense Nasty Nardo is nastier than he’s ever been with his latest album release “Already Famous”.

“Take A Picture”, the first track is easily a standout, just like Watch TV (feat. Yung Kee) which is one of his many hot tracks on the album. Nasty Nardo says, “Take a picture trick, it might make you rich,” and if Nasty Nardo keeps on doing what he’s doing, I think I’m going to be one of those rich with the album of pictures I’ve collected of him over the past couple of months. That’ll make me “More Than Rich”.

Nasty Nardo is grinding it throughout the entire album, with some mellow tracks here and there and then he comes back and gives it to you hard. If underground means ‘keeping it real’, Nardo is doing it big time.

After all, Nasty Nardo is a full-time musicpreneur when it comes to his music. This guy knows how to lace some hot tracks with some hot lyrics. This is one artist I’m looking to be the most talked about in the M-Town besides my boi Al Kapone.

If you’re a true Memphis rap fan this is one album you should be sure to cop and add to your collection of Memphis rap cd’s.