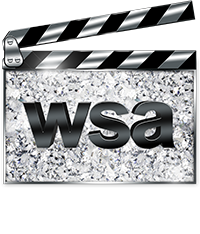 There will be a casting call tomorrow at the Fed Ex Forum, I researched to find more info and this is what I found.

Winsome Sinclair & Associates (casting directors for Black Snake Moan) will be in Memphis, Tennessee casting FEATURED extra roles for the new feature-length film to be directed by OLIVER STONE, entitled “PINKVILLE”. Stone will be shooting on location in THAILAND starting December 26, 2007 for six weeks. There will be an open call for talent held on Saturday, November 17, 2007, at the FEDEX FORUM in downtown Memphis, Tennessee (Home of the MEMPHIS RIZZLIES).The open call will take place 1 pm to 6 pm. Sinclair is specifically seeking Caucasian, African -American & Latino MALES, between the ages of 20-50 to play soldiers. Production will cover travel, room & board and per diem, and pay. Those interested in being a part of this film should attend and bring a recent headshot/snapshot and a passport that doesn’t expire for at least the next 6 months.

OLIVER STONE is the acclaimed film director responsible for bringing us such memorable films as PLATOON, JFK, ANY GIVEN SUNDAY, ALEXANDER, and BORN ON THE 4TH OF JULY. Stone also was a producer of award-winning THE PEOPLE VS. LARRY FLYNT, which shot primarily in Memphis and the Mid-South in 1996.