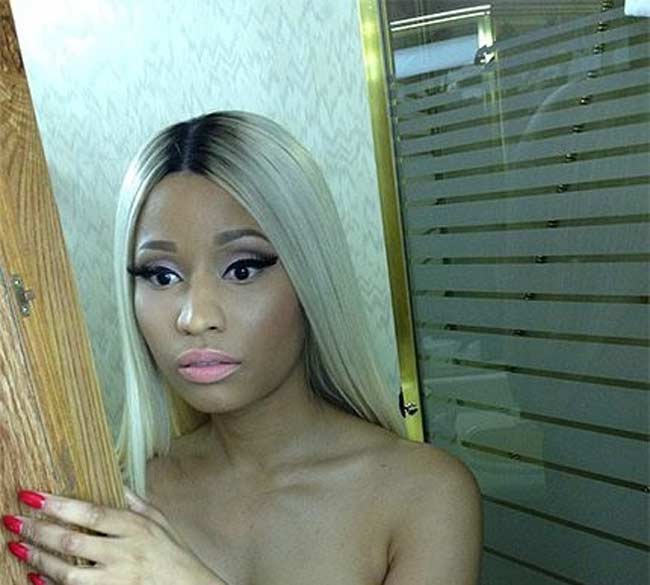 The hint that leads you to believe that Nicki Minaj was allegedly engaged in some form with a man in an act is quite graphic as a photo shows the “Anaconda” singer with what appears to be a man’s fluid over her chest.

Many people are questioning whether the photos are actually hacked photos from Nicki Minaj’s phone or fake photos making people believe that the singer was a part of the recent photo scandal among other celebrities.

In this new installment of photos leaked, which included Nicki Minaj, there were also pictures of Cara Delevigne, actress Anna Kendrick, new pictures of Jennifer Lawrence and others that surfaced over the Internet at the same time this past weekend.