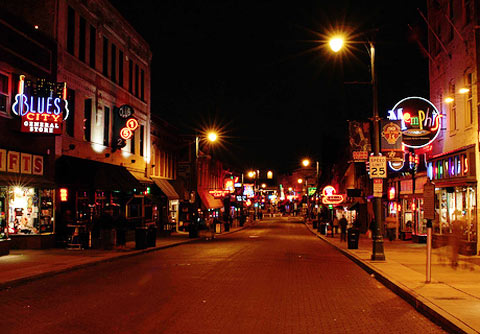 Beale Street will be getting some improvements following a judge ruling that John Elkington’s Performa Entertainment Real Estate, Inc was in compliance with the 52 year lease of Beale Street with the Beale Street Development Corporation (BSDC). The ruling will now allow Performa Entertainment Real Estate to transfer the lease of the infamous street to the City of Memphis who will gain control over its management and development.

Now the daunting question is what will become of Beale Street?

The street which once was flourishing with non-stop tourists due to the restaurants, shops and clubs, now is believed to have a little lackluster. Many believe due to John Elkington, the entertainment district has been kept afloat since 1982.

As for what is next, Mayor A.C. Wharton is expected to be appointing a firm to advise his administration on what are the best steps to take for the future of Beale Street following a 11 year-long court battle over money made in the entertainment district.

So what should the City of Memphis do to improve Beale Street?