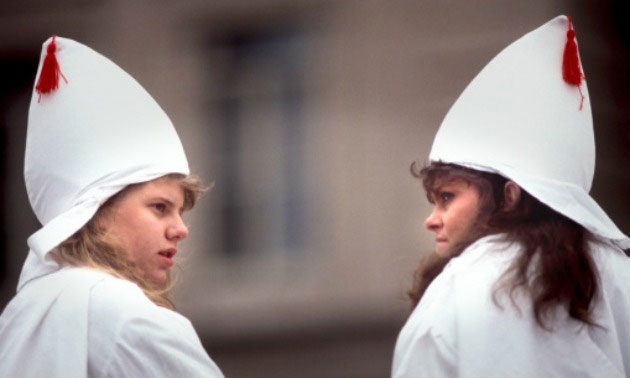 One teacher and a couple of his students at the Las Vegas Academy have come under scrutiny after he assigned his class to write a paper and a skit depicting what they knew about American history in a first person narrative. Two of the teacher’s students decided that they wanted to dress up as KKK members by wearing Ku Klux Klan robes and hoods, which he agreed to let them do.

The unidentified teacher, who has gained support from students and parents following the post of the picture of the two students sporting the outfits, has not be disciplined for allowing the students to wear the KKK outfits.

Instead, it has been argued that he was just doing his job as a U.S. History teacher.

Meanwhile, officials reportedly reminded him of the policy that they should be notified about ‘potentially controversial lessons.’