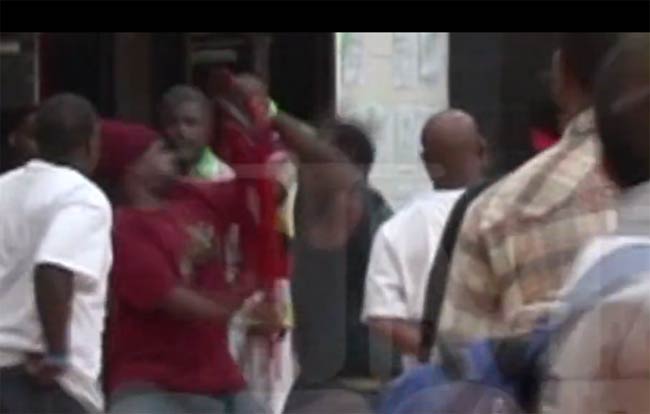 According to authorities, a large brawl broke out on the basketball court at Master P’s ‘P Miller Ballers Tournament’ at a high school gym in Tennessee.

In a video obtained by celebrity gossip site TMZ, the large fight can be seen taking place at the youth basketball game as someone in the crowd smashed a steel chair over the back of a man holding a mop seen in the video.

It was an all out brawl, as captured on video, that, according to Nashville Police Department, was quickly taken back under control after authorities responded to the call.

Apparently no arrests were made, although at least two people were treated on location for injuries which may have occurred during the fight.

Master P, who was there coaching his team at the tournament, is believed to not have been involved in the fight.