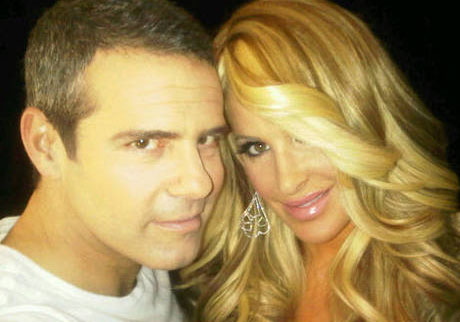 The Real Housewives of Atlanta says goodbye to Kim Zolciak but did she leave in an ‘n-word’ rage like many are speculating after they watched the video of Kim’s outburst.

While the ladies planned a vacation, Kim decided not to join them and basically backed out, which left the other cast members flying away to Anguilla for their vacation as couples: Cynthia and Peter, Kandi and Todd, Nene and Greg, Phaedra and Apollo, Porsha and Kordell, Kenya and Walter.

The ladies were of course not happy with Kim for backing out of the Anguilla and had words to say about Kim.

Kim called none of the ladies her friends and then said what many people believe to be the n-word during her videotaped outburst.

Kim denies the allegations claiming she said “ladies” which in the clip sounded like the n-word because the f-word was bleeped beforehand.

Watch the clip below of Kim and see for yourself what did she say.

Shouts to PerezHilton on the clip.