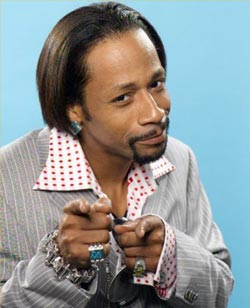 Comedian Katt Williams, 37, was reportedly taken to a hospital for a mental health evaluation after visiting family members in Sumter, South Carolina on yesterday, Friday (Nov. 14), according to The Sumter Item. Before that, the actor and comedian had run-ins with both city and county law enforcement which stirred from a call to police early that morning.

Sumter Police say officers responded to a call in reference to suspicious behavior by Williams at a local hotel. Williams reportedly showed up to the hotel in a bathrobe with a towel wrapper around his head inquiring about a room. Williams later left after asking for directions which police made no arrest at that time due to no crime being broken.

Williams later appeared on the doorsteps of attorney Garryl Deas’s office around 9:00 AM who Williams sought to hire because he said police were quote “attempting to violate his rights.” Williams went on talking to the attorney until around 9:30 about his entertainment career and rumors that he had perished in a plane crash. At that time, the attorney had to leave for a court appearance, which Williams asked at that point, could he wait in the office til the attorney returned, which Deas said he could.

Deas later returned around 10:30 a.m. to find Williams still waiting, but now Williams’ behavior had changed. “His demeanor was a little troubled,” Deas said stating the actor seemed “disoriented.” This was the time when family or close friends showed up seeking to have the comedian committed, Deas said.

Continuining his eratic behavior, Deas says Williams began “speaking gibberish,” saying “that he doesn’t trust anyone anymore” and everyone has turned against him.

Williams was later transported to the hospital for a psychiatric evaluation.

This is not the only troubles for Williams this month as the comedian spent most of last Thursday (Nov. 7) in jail on weapons charges, according to the New York Daily News. Williams reportedly, posted bail in just enough time to make it to his sold-out performance at New York’s Carnegie Hall.

Williams was arrested after police found his Mercedes bus and red Cadillac Escalade parked on Broadway which the SUV had a missing license plate and three guns were in plain sight inside the vehicles. Officers handcuffed Williams on his way out of a nearby building after the comedian confirmed the vehicles were his. Though Williams made it to Carnegie Hall, the comedian did not show up for an appearance on “Late Night with Conan O’Brien” that day which O’Brien said that Williams was the first guest in 15 years not to appear for a scheduled show.

Meanwhile, Williams has reportedly said his December 31st show will be his last stand-up show.

Calls to the comedian’s publicist were, reportedly, not returned for comment.