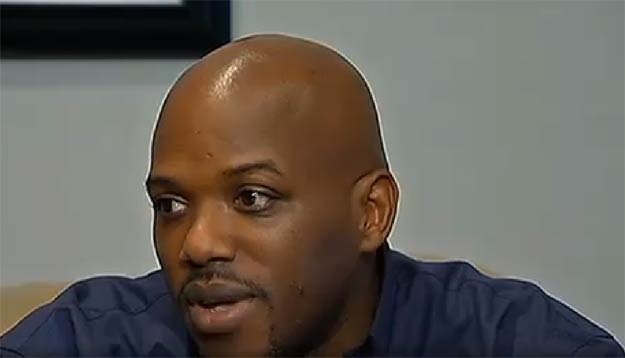 A father who paid almost $3,000 in back child support, which he initially didn’t know he owed, owed no further child support and visited his son often, but still faces jail time after a court hearing.

Clifford Hall, who was in his own words, more than happy to pay child support for his 11 year-old son saying, “I’m his father and it’s my responsibility,” had his child support modified without him knowing.

The modification to his child support left him owing almost $3,000 and when he found out about the back child support, he quickly paid it, reports Fox Houston.

Still, when Hall went before the judge owing nothing to his ex, he was told then he must pay another $3,000 in attorney fees to the attorney representing his child’s mother.

Though he was all paid up willingly for a back child support modification he wasn’t aware of, he was still not out of the heat yet.

The attorney representing his ex wanted him to pay her attorney fees and Judge Lisa Millard agreed that he should.

Reportedly court documents showed Hall, though visiting his son, wasn’t following the courts scheduled visitation times meaning Hall may have visited his child way too much and this was another modification Hall reportedly did not know about.

On top of this, for some reason, with-holdings through Hall’s employer drew his attorney Tyesha Elam’s attention due to large amounts being taken out some weeks, small amounts on other weeks and sometimes nothing at all.

All things considered, the judge still sentenced Hall to jail for six months.

To say the least the judge’s sentence has become questionable to people including a community activist by the name Quanell X, who wants the state’s judicial board to investigate.

Quanell X believes that the court failed Mr Hall and they failed the child with a broken system.

Judge Millard has become under scrutiny for her decision but says Hall was in contempt of court when he walked out the court room and Hall’s attorney could have filed a motion for reconsideration for her to re-evaluate both sides again.

While Hall faces six months in jail, his attorney plans to appeal.