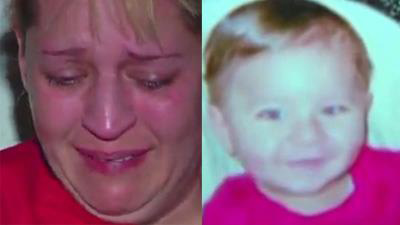 Ashley Glassey, the daughter of Sherry West, the Georgia mother who alleged two boys cornered her, shot her in the leg and shot her 13-month-old baby son, Antonio Santiago, in the head while she was walking her baby in a stroller, is being accused by her daughter of possibly making the whole shooting story up, claiming she may have done it all for insurance money.

The daughter’s suspicion was raised after she claims her mother was changing moods quickly, sobbing at moments then quickly asking her about insurance money.

The daughter also claims that her mother was changing her story often and quite frankly, did not seem to be telling the truth.

The two boys De’Marquise Elkins, 17, and Dominique Lang, 15, are currently being accused in the death of the toddler.