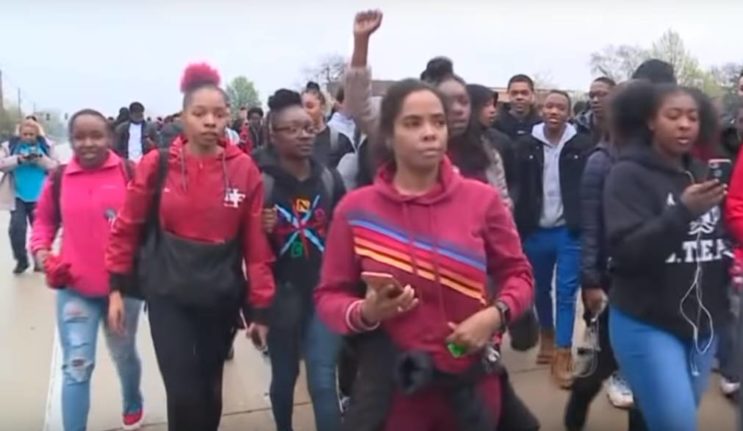 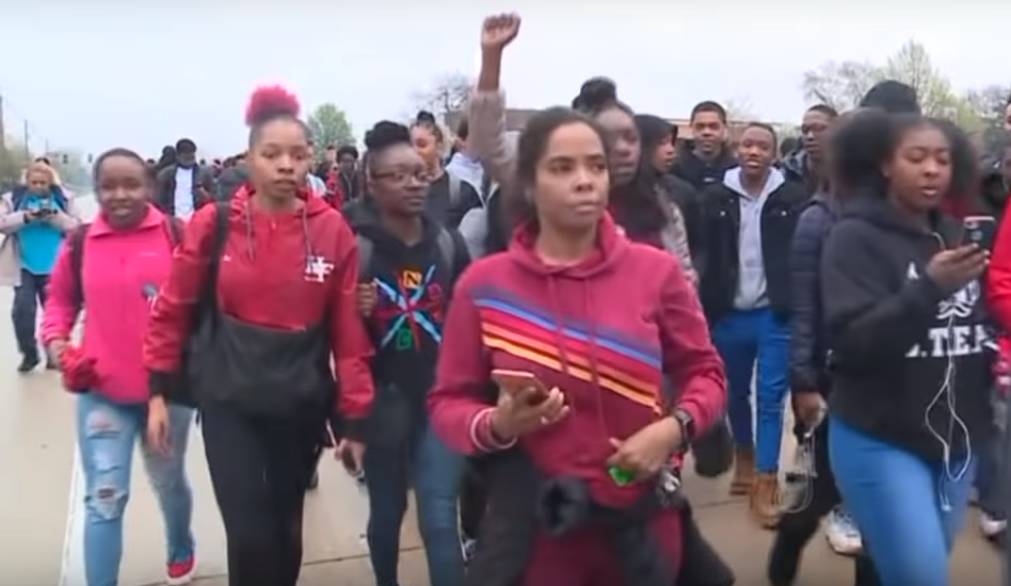 Students at Homewood-Flossmoor High School in the Chicago metro-area of Cook County, Illinois walked out of school after white students at the school reportedly posted photos of themselves in blackface and recorded a video of it as well.

Following the blackface photos showing up on social media, students banned together forming a walk-out in protest over the negative stereotype targeted at students who identify with being African-American/Black.

The video of the walk-out was captured and posted by Homewood-Flossmoor Patch on social media.

Students at H-F High School have walked out of school after photos of students in black face surfaced on social media.

Reportedly the photos and video of the white high school students in blackface has led to HF school officials condemning the incident.

Meanwhile, the students around the number of 1,000 that walked out were chanting “No place for blackface” and “We want justice,” according to reports.

Homewood-Flossmoor High School reportedly has almost 3,000 students with roughly 70 percent of the students identifying with being African American/Black.

Some parents of the students are calling for the white students in blackface to be expelled while the school has not specified a disciplinary action that will be taken against the white teens in blackface.