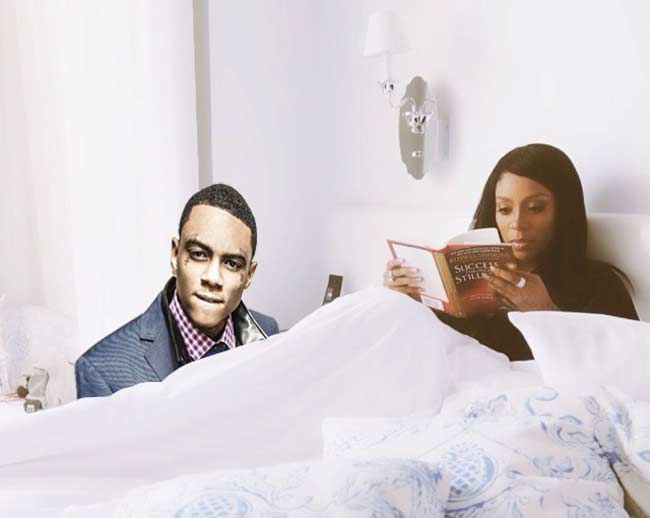 After rumors broke that Soulja Boy may have slept with K. Michelle following his interview along with other Love & Hip Hop Hollywood cast members Lil Fizz and Yung Berg, K. Michelle came out slamming the rumors denying that she and Soulja Boy slept together.

The rapper actually did not say they slept together but when asked by blogger C. Nikky ‘did he sleep with K. Michelle’ the rapper just laughs it off and says he would definitely ‘smash’ K. Michelle.

You wouldn’t know from the tweets that they allegedly never met each other before, according to K. Michelle, because the trade of tweets read like an Al Bundy version of husband and wife over Twitter who can’t stand each other, but they love each other subliminally.

All kidding aside, the two had some very ugly insults for each other in their heated exchange including Soulja Boy talking about the smell of K. Michelle’s vajayjay to her accusing him of being an undercover transgender lover. Wow!

Hopefully these two settle their dispute and meet each other on good terms when they do meet on their first occasion. For now, it doesn’t seem like it’s going to happen anytime soon.