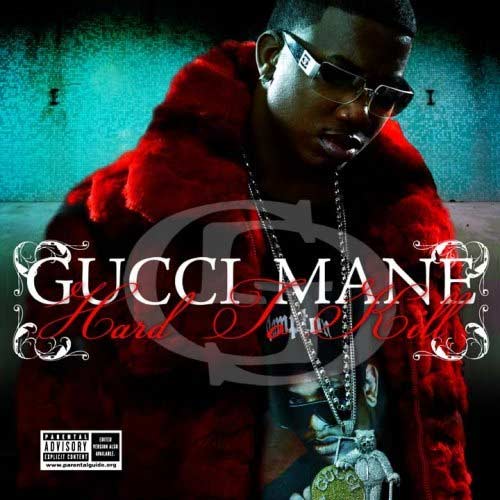 Hard to Kill is designed as the chronicles of an Atlanta street gangster.

Within our “pro-gun” culture that’s also known as American culture, it is a high magnitude of casual violence within urban communities that is being exploited and glorified by hip-hop’s money men.

It was almost like it was yesterday when the super powers of Young Jeezy and Gucci Mane collaborated to form the hit single “So Icy” on Gucci’s debut album Trap House (Big Cat Records, 2005). Two up and coming hungry artists, thriving in the fruitful Atlanta scene, came together to create magic, “dope boy magic.” It was like it was their destiny to create the “Icy” song. To the untrained ear it sounded as if there was just one rapper on the entire song with no guest appearances. It sounded like both rappers were one in the same with the similar flow styles and illuminating swagger or to some; one rapper just simply outshined the other. From this song spawned a historic southern-bred beef that was unfamiliar to hip-hop fans below the mason-Dixon line. Diss records were thrown back and forth between each rapper violently with so much hate that the “Snowman” (Young Jeezy) resulted in ordering a bounty on Gucci Mane’s chain for $10,000 through a mixtape song called “Stay Trapped”, which was a playful remake of T.I.’s hit song “A.S.A.P.” The ending result of the lyrical quarrel ended with one of Jeezy’s assailants attempting to obtain Gucci’s “chain”. That was when Gucci was charged and sent to prison for murder after shooting the night stalker dead. While incarcerated Gucci found more trouble and witnessed the wrath of an affiliated gangster in Jeezy after reportedly being almost beat to death. The December 2005 issue of “The Source” magazine showed the after effects of this heinous act of prison violence where it showed a swollen faced disgruntled Gucci Mane. After appealing his murder case and garnering his freedom back, Gucci is back with vengeance on his sophomore album release, rightfully named Hard to Kill.

Hard to Kill is designed as the chronicles of an Atlanta street gangster. The album’s intro revisits evening news clips that report on the murder that Gucci committed. Gucci’s laid back flow and clever rhyme schemes indulge listeners to anticipate every scenario thrown out by the Big Cat rapper. In “Street Niggas”, Gucci comes out the fold introducing himself while confirming his street credibility as if certain listeners have forgotten the Atlanta-bred MC. “My Chain” is a very clever introspective song that insinuates that there is another episode of drama brewing between himself and Jeezy. The tone that he delivers shows class and professionalism but at the same time frightens a hip-hop fan that follows with rap beefs. Another subtle but venomous song that has secretive implications is “Hold that thought” where Gucci uses catchy phrased code words like Kermit-the-Frog and Chef-Boy-R-G. In this song, Gucci seems to be the only rapper who could use a sesame street character in his lyrics and at the same moment keep his gangster certified posture.

The album as a body does not take a full sway of dark content. Gucci seems to drop his guns and have fun on songs such as “Freaky Girl” where he does his on rendition of the late Rick James hit. “She’s a very freaky girl/ don’t take home to momma”, Gucci says as he growls in the hook of his well produced song that reveals his taste in women and also features change up/bridged crossover melodies and vibrant synthesized beats. Gucci also infiltrates the clubs with songs such as “Go head” which features Mac Bree-Z. “Go Head” highlights some of the women that Gucci Manne has voluntarily tussled with. Women that look like Lisa Raye, Trina, Lauren Hill, or has a butt like Jackie-O, brown skin like Foxy Brown, tattoos like Eve, and a pretty face like Monica. Mac Bree-Z serves as the female sidekick who serves up rhymes as the beat implies that the entire club’s eyes are on her. “Drive Fast”, a possible jab at Kanye West’s hit song “Drive Slow” describes Gucci’s lifestyle in being filled with fast money, fast women, fast cars, and flashy jewelry.

Gucci takes a trip to Memphis in finding two of the south’s best female MC’s in La Chat and Gangsta Boo who is a former member of the Oscar winning group Three Six Mafia. In “Stick Em Up” the theme of the song is about robbing the “weed man”. One may wonder who he is referring to in this song as he chants “Pull up in a old school wit’ da hubcaps/ got my black tee, one, and my skull cap/ Stick em up!” La Chat adds the gutter twang and scheming drawl to the song where she raps on a scenario to scheme cash. In “Trap Gurl” Gucci blissfully glorifies street savvy drug dealing women who are apart of his same struggle. Gangsta Boo almost travels back to her old rhyme play that she used so well while with Three 6 Mafia.

Tackling more serious matters, Gucci describes his type of popularity within the streets of Atlanta on “Everybody Know Me” where he also addresses Young Jeezy and his affiliates. “Whoever said being a gangsta was easy/I got beef with BMF and got problems with Jeezy”, as he warms up to what appears to be a diss song he continues, “An ex-con but I’m out on bond/ Face on the tube, name in the news”, Gucci then attacks his rival in his hook where he barks, “Gucci out of jail, what I’m gone do now/That Jeezy lil’ b---h a-s thinking out loud/ They must don’t know who they messing with/ Gucci on that wild wild west s--t.”

With the aggression and vengeance that Gucci holds in himself reflects through this album. At instances it appears that he has more to say than he speaks. Could it be because he has a hidden agenda that he’s keeping quiet from the public’s eye? Nevertheless it shows growth as a rapper. Hard to Kill is a well produced album that amplifies Gucci’s statement against his predecessors and doubters. Gucci masters harnessing his emotional mannerisms which makes one think that he’s holding talents back. Overall Hard to Kill lives up to its name. It’s a Gucci child that is hard to put in the album grave yard but yet it seems as though the album is missing substance. It glorifies a gangster’s fast life and rates the gun as a mean of survival. It takes a peek into what America is under the surface, “Pro-guns”.