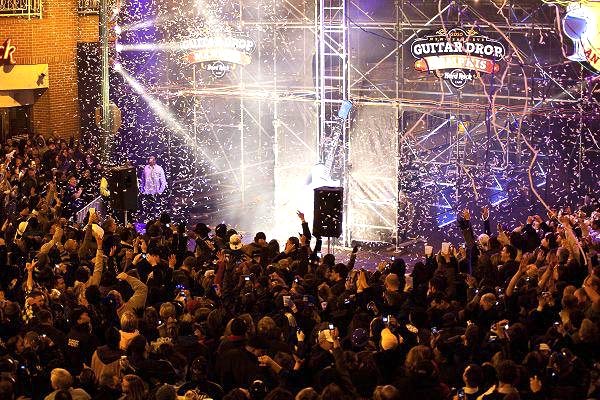 Come New Year’s Eve, comes time for celebrations, parties and all types of things to do in the Memphis Metro-area. You have the University of Memphis Highland area, Cooper-Young District, Downtown Memphis, and a slew of Memphis clubs throughout the city of Memphis, TN; not to mention the neighboring Casino Resorts.

With so many Memphis events and happenings going on, that could cause one to either miss out or become confused on what to do. Deciding where to celebrate, where to party, can sometimes not be easy.

In the end, the bells and whistles are what people are looking for.

We’ve put together a list of things to do and experience this New Year’s Eve in Memphis, TN. As always, be safe and don’t drink and drive.

Check out the list below of “Things To Do On New Year’s Eve in Memphis, TN.”

Something we’ve missed? Feel free to comment and leave you message below.

Meanwhile, we’ll see you next year!

Music and Midnight Toast, Hueys Poplar/Cordova/Midtown – Dec. 31, 8:30 p.m., free to enter, all ages – The Poplar, Cordova and Midtown Hueys locations will be bringing in the New Year with live music and a midnight toast. NO COVER CHARGE

Memphis Bop Club’s New Year’s Eve Dance – Dec. 31, 9 p.m., $40, 18+ – Got dancing feet? Dance the night away and party to the sounds of bop, shag, and swing with complimentary champagne at midnight and breakfast to follow at the Memphis Bop Club, formerly Marriott Hotel.

Party and Contest Night at Neil’s – Dec. 31, ’til 3 a.m., no cover, 21 and up – Bring in the New Year with Neil’s with specials all night. Featuring backstage pass party, dance band, hoola hoop and limbo contests, and breakfast specials after midnight. NO COVER CHARGE

Celtic Crossing Midnight Masquerade for the Humane Society at the Celtic Crossing – Dec. 31, all night until 3 a.m., $10 donation to HSMSC, 21+ – Want to dress up in some fancy get-ups in a masquerade-style party, then this party is for you. Features a DJ, a special menu, toast and balloon drop at 12 a.m., and party favors. Proceeds go to the Humane Society of Memphis. VIP tickets are available for $50 per couple.