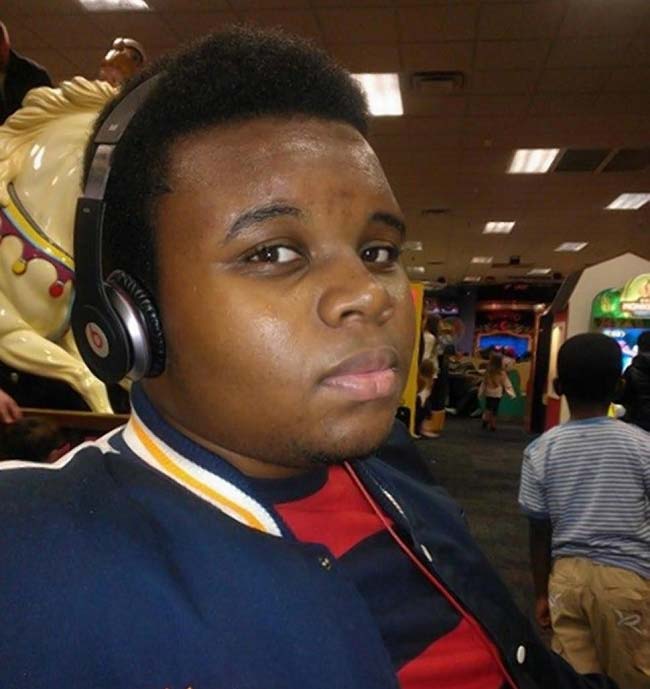 Tension is continuing to rise in protests over the shooting death by a cop of 18 year-old St. Louis teen Michael Brown in the suburb of Ferguson, Missouri.

Michael Brown is believed to have been unarmed and with his hands held in the air when a police officer shot the black teenager in the middle of the street multiple times outside of Canfield Green apartment complex.

The shooting occurred on Saturday around noon time during the day and many apartment complex residents either witnessed or overheard the shooting.

Following the shooting videos of immediately began surfacing of people who witnessed it and/or who were outraged over the shooting.

Immediately following the videos, protests began over the death of Michael Brown who was expecting to start college this week.

At some point during a march, one of the protests turned for the bad when a gas station was burned on Sunday during riots and looting.

Ferguson police officers, wearing riot gear, gathered Monday at the site of the burned convenience store and fired tear gas, beanbag rounds and baton rounds, after the crowd was allegedly throwing rocks at the police.

Video footage and photos show a mask of tear gas in the air as the crowd, including adults and children, shielded their faces from the gas.

Currently the case is being investigated by authorities while the officer has been suspended ‘with pay’ as citizens continue to protest and civil rights activists including members of NAACP, Al Sharpton and others plan to gather in the city. 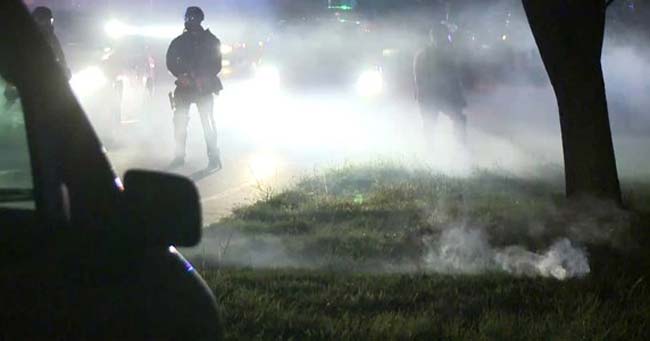