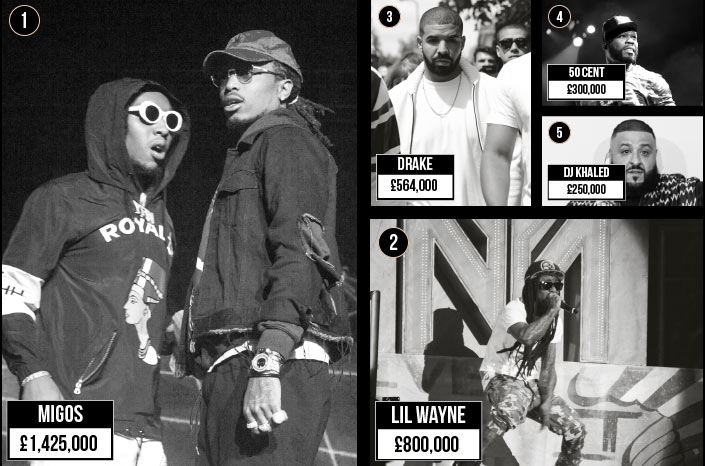 Hip-Hop is similar to any other Industry but what makes it different is that it is the Industry that sets the trends for the world. Hip-Hop does not only influence music and entertainment it also influences the world and society.

Every few years there is an artist like Lil Wayne, Drake, 50 Cent, Cardi B, Juicy J, Travis Scott, Lil Nas X, Blockboy JB and others that take over and set the example on what’s hot and trendy and what’s not – ranging from fashion, investing, among other things.

The Selig Center for Economic Growth, predicts that spending power in the U.S. will exceed $16 trillion by 2021, and the fastest gains will be among minority groups, according to Forbes.

Hispanic/Latino Americans and Black/African Americans make up the top two minority groups according to the U.S Census Bureau. This gives you something to think about.

Back in 2006, hip-hop was estimated to have the spending power of over $500 billion annually in the United States.

So where is some of this money going? The BlingDex infographic, courtesy of Betway, will let us know.

The BlingDex focuses on spending, historical statistics and key fundamentals in the world of “Bling” or should we say “all that glitters and shines” in the world of hip hop.

Not only this, the BlingDex gives top categories that are hot in hip-hop culture and what the most money is being spent on.

So the next time you watch a music video, imagine the cost and amounts being spent on props and staff (make-up, hair, models, etc). The same goes for the fancy cars being driven around the world, clothes, the nice homes, leisure time gambling and making it rain at strip clubs.

Now lets take a look at some of the BlingDex infographics.