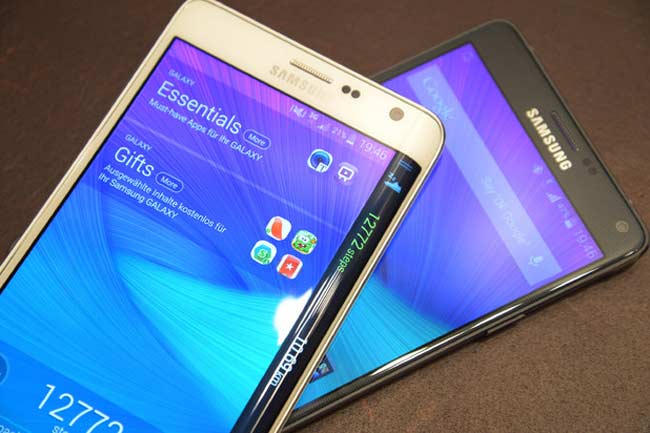 The new Samsung Galaxy is here and a sleek picture and videos have surfaced online of the futuristic Galaxy Note 4 and Galaxy Note Edge smartphone.

If you’re eager for the latest technology, these upcoming gadgets and mobile devices definitely look like they will not disappoint.

Featured improvements on the Galaxy Note include a 5.7-in. 2560 x 1440 Super AMOLED display, a 16-megapixel camera (back) with an optical stabilizer, a 3.7-megapixel camera (front-facing), and an improved S-Pen stylus.

The Galaxy Note Edge shares many of the specs of the Galaxy Note 4 which include a 2.7 GHZ quad core processor, both front and rear facing cameras, and an S-Pen.