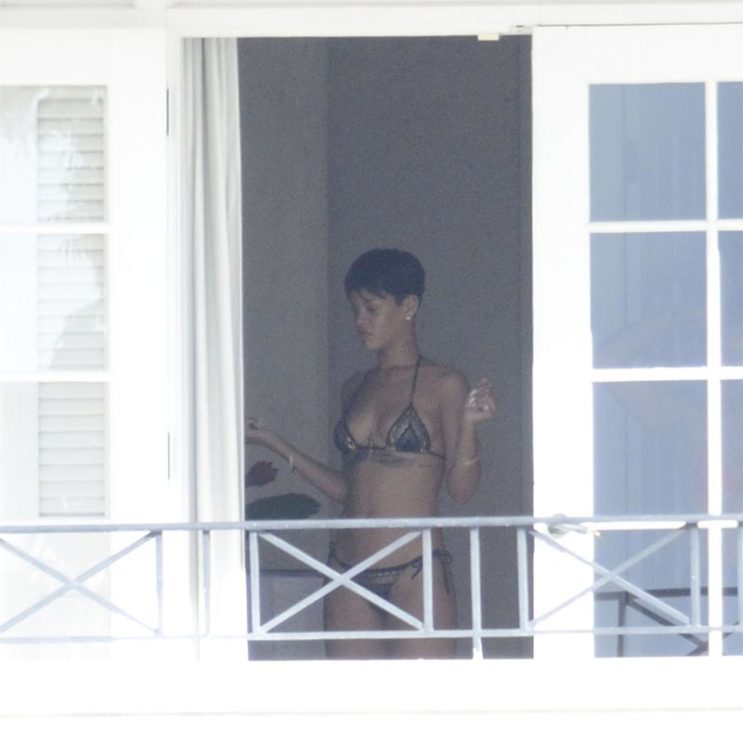 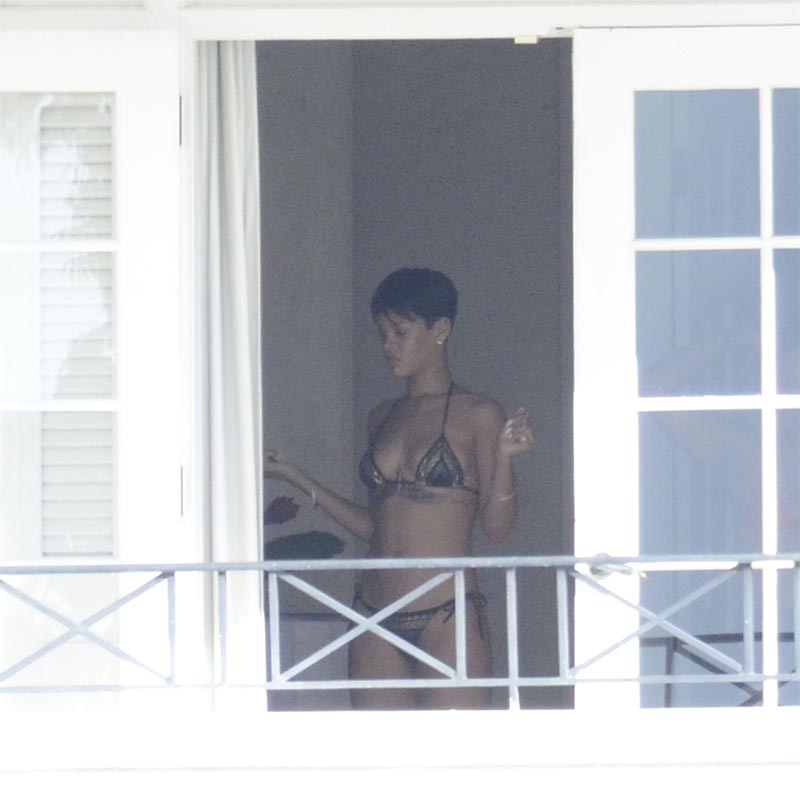 While Chris Brown is in the news for lasering off the tattoo of Karrueche Tran, Rihanna has been apparently exposed completely naked in new photos while changing her bikini on the balcony in Barbados.

In new naked photos, it looks like Rihanna was caught by paparazzi in her naked pictures which looked like the singer is apparently changing her bathing suits in front of an open balcony door at the singer’s Barbados villa.

The photos of a supposed naked Rihanna changing her bikini have surfaced on the Internet at a time when the singer has allegedly been rekindling her relationship with Chris Brown.

The photos also come after the singer took some naked photos while posing ‘all furry‘ for her friend and assistant, Melissa Forde, as reported on MemphisRap.com, next to a fire place.

In these new photos, the singer can also be seen lighting up and smoking on the balcony in a burgundy/red two-piece bikini.

Photos of Rihanna naked changing her bikini on Barbados balcony