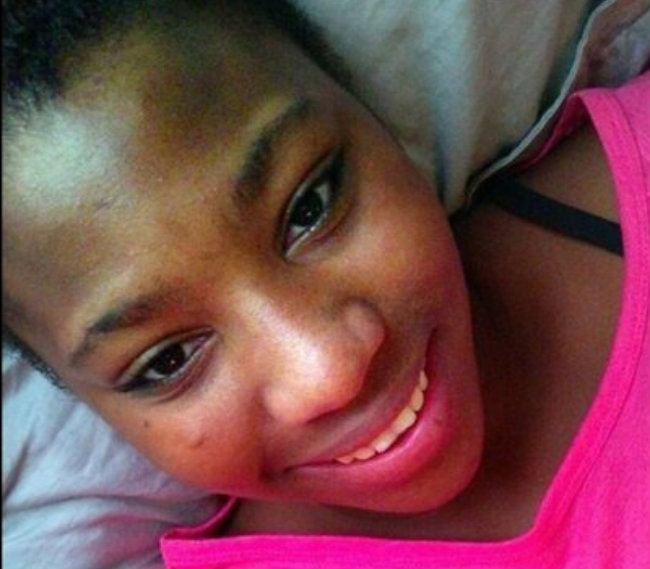 It was back in April when Cateria Stokes was shot and killed while sleeping in her bed in a case of mistaken identity.

The shooters were believed to be targeting ‘the wrong house’ when they shot and killed Cateria Stokes.

Joyce Stokes says rapper Don Trip, real name Christopher Wallace, who went to high school with one of her sons, explains her daughter’s murder in his song called “Lil’ Homie.”

Lyrics in Don Trip’s song “Lil’ Homie” that are in question include:

“They just ran up and just shot my homie.. I’m bugging cause they pop lil homie.. I can’t let ’em slide.. We loading up the choppers ’bout to take a ride around.. Got another call say they found where he stay… we pull up.. let them rockets spray.. damn I thought I got lil homie.. they say I ain’t got lil homie.. damn I thought I shot lil homie.. that’s because he shot my homie.. probably bodied everybody in the wrong house.. just made the news, [they] said we just shot a baby.. hit some kid while she was napping, we back in the hood bragging before we even knew what happened.. all because they shot lil homie.”

The revenge shooting detailed in the song are what Cateria’s mother, Joyce Stokes, and family members believe are describing the details of 15-year-old Cateria Stokes murder.