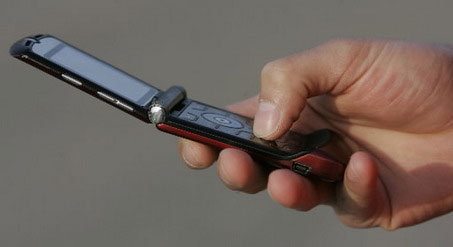 A former Iowa cellphone company retail consultant named Lisa Blazek, 32, is taking her former employer and co-workers to court after allegedly being harassed and showcased nude photos from off customers’ cellphones that were being serviced.

In Blazek’s complaint, workers would scroll through the customers phone for photos to find naked or sexually explicit photos and, if they were found, the co-worker(s) would show them throughout the store. At times, Blazek alleges that she would be called over to look at the phone only to see offending photos.

Two male co-workers named in the suit allegedly questioned Blazek about her genitalia, breasts and her favorite sexual positions as well as talked about their own sex lives and customers. Blazek, who attempted to complain to store management, says she was told to deal with it. In addition, the store manager reportedly told her that his job would be in jeopardy if she complained to anyone above him.

Meanwhile, the four employees and the company named in the lawsuit, lawyers denied the allegations.

Lisa Blazek says it was non-stop sexual harassment that was covered up by the company after she complained. In fact, it got worse after Lisa Blazek complained and eventually led to her quitting her job which she worked for from 2007 to 2010. After a roller-coaster of emotional distress, Blazek hopes to receive lost pay, health benefits and punitive damages.

Since the case is so unique, U.S. District Judge Mark Bennett got consent from the lawyers on both sides to use the dispute as a case study for an employment discrimination class Bennett teaches at Drake University in Des Moines, Iowa.