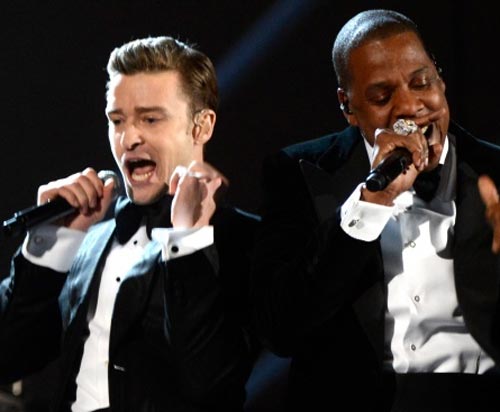 Justin Timberlake and rapper Jay-Z will be kicking off the ‘Legends of The Summer’ Stadium Tour, a 12 city concert, which will take off after the release of Timberlake’s latest album The 20/20 Experience come March 19, 2013. The new album features the collaboration song “Suit & Tie‘ with the two artists.

The announcement of the “Legends of The Summer” Stadium Tour comes after Timberlake and Jay-Z’s Grammy performance and after the announcement earlier this week that the two would be headlining the London’s Wireless Festival this summer.

The “Legends of The Summer” concerts will begin July 17 in Toronto making it’s way around cities such as New York, Boston, San Francisco, Los Angeles and Chicago and ending August 16 in Miami.

Tickets for the tour is set to go on sale February 28 and will be available through TicketMaster.

** All dates on sale to the public on February 28th, except New York. New York on sale information to be announced soon.