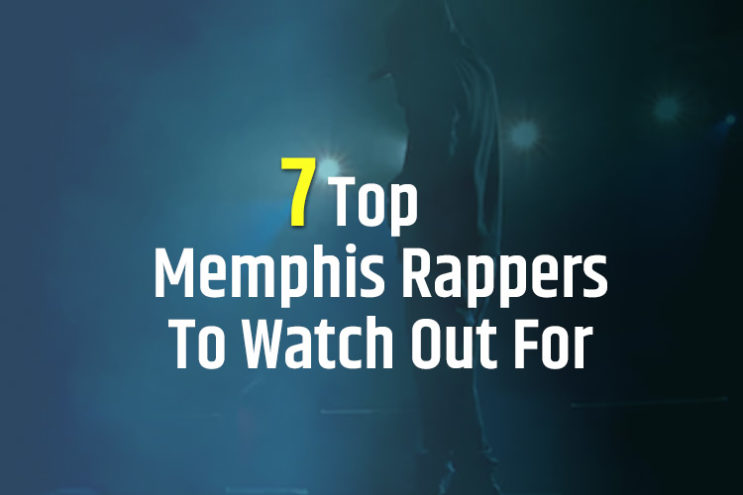 For die-hard rap fans, a trip to the Memphis rap venues is like winning a progressive jackpot prize. The old, well-known musicians keep developing and getting better while the younger artists bring innovation and new sounds to the stage.  There are a number of unique aspects of the city’s rap scene that give the culture a reputation for a competitive spirit and a drive to reinvent old sounds to fit the demand for new action.

The local clubs give new artists a lot of exposure which, combined with the city’s rap veteran bands and solo acts, makes it a great time to be a rap fan in Memphis.

Memphis Rap
Memphis rap is also known as “Memphis Horrocore” and “Memphis hip hop.”  It’s a regional form of hip hop music. Few people know that hip hop/rap originated in Memphis.  The genre evolved in the early 1990s and since its early days, was characterized by minimal synth melodies, repetitive production, an occasional lo-fi sound and a low budget.

Some of the most famous artists and groups associated with early Memphis rap were Tommy Wright III, T-rock, Playa fly, MC Mac, Lil Noid, Al Kapone, II Tone, 8Ball, Three 6 Mafia and MJG.  As rap spread, a number of Memphis releases, including Paranoid Funk by Lil Noid, DJ Spanish Fly’s early mixtapes and Come with Me 2 Hell by DJ Paul and Lord Infamous influenced other rappers in other parts of the country.

Today, the Memphis rap scene is a mixture of veteran rappers and new rap artists.  Some of today’s most influential rappers include:

Co Cash
Rico Dinero, also known as Co Cash, comes from South Memphis and is heading to a place as the next man up in Tay Keith’s camp. His music is fresh and unique with sounds that alternate between traditional Memphis flows and a Bankroll Fresh/G Herbo hybrid. Co Cash is gaining notice with his latest hit single — F.A.C.T.S. — which, like his first mixtape Cashday Freestyle, is a Memphis sound with an unapologetically arrogant, yet humble style and delivery. Both F.A.C.T.S. and the Foolhardy releases were produced entirely by local legend Tay Keith.  His work includes collaborations with other Memphis rappers such as Lil Yachty, Blocboy JB, Wheezy, Mustard, and Buddha Bless.

Dee Mula
Dee Mula is becoming known for his slippery delivery and silly punchlines which, together with his smirking charisma, have made him into a representative of Memphis’s personality and one of the city’s newest breakout artists.  Dee Mula demonstrated a strong showing on a collaborative tape that he made with Moneybagg Yo. Dee Mula has a knack for freestyling and his skill can be seen on the solid “Freestyle 8” and “Rover Remix”. Critics are excited about “Can I” and “Third Person” which, they say, make him a young Memphis artist worth watching.

Savages
The rap scene in Memphis isn’t only male. The Savages is comprised of a group of ladies who match their male rapping counterparts bar for bar for bar. Swagg Jazz, BBJ, Shy Glizzy stan and Erica Glizzy are best known for their 2016 tape Savage World 2 which launched them into the Memphis rap scene. Savage World 2’s lead single, “Break Em,” has racked up 2 million YouTube views.

Five days after the release of Savage World, BBJ was shot in the neck in Southeast Memphis, outside a gas station. By the time she’d recovered, Glizzy had given birth to a son and performances had dwindled down to almost nothing. Now one of the group’s former members, Tru Dexter, is focusing on her own solo career while the Savages tries to regroup and rebuild, presently focusing on Savage World III.

Kenny Muney
Kenny Muney has worked with almost every rapper in the city and his ability to collaborate with a number of different talents has earned him the title of “crossover ready.”  It has also not made him immune to the temperament of the local rap scene — Muney has been shot twice.

Memphis rappers like to work with Muney because his performances feature precise deliveries such as those of Key Glock and Moneybagg Yo along with a mature approach that women appreciate. Muney has also gone single with a smooth tape titled Mud 2 Muney 2. Currently he’s locked in with in-house producer Ace Charisma but Tay Keith is interested in working with him soon.

Finese2tymes
Finese2tymes, like many other Southern rappers, sounds like he’s preaching as part of his  rapping. The East Memphis native joined Moneybagg Yo’s BreadGang but went out on his own to release “Going Straight In” which has accrued over 16 million views to date. He combines humorous and harrowing and has a knack for harmonizing. Finese is currently serving time in jail but he’s not wasting his hours — he dropped his first track from behind bars, “Understanding,” last December.

Fayro
Fayro hasn’t yet broken into the inner circle of Memphis rap but the Memphis native is close to national recognition as he uses his music to inspire positive change in the world. Each of Fayro’s songs holds a message of positivity and meaning as he speaks his life through his lyrics. Locals know Fayro for his unique sound and stage presence and believe that he will soon be a legend in not only the world of hip hop, but as a holistic artist.

A.P. Appleberry
A.P. Appleberry combines rap and entrepreneurship as he represents Memphis and Dallas. His unique flavor of lyrical content shines in all of his content as he brings music to life with his showmanship and energy.