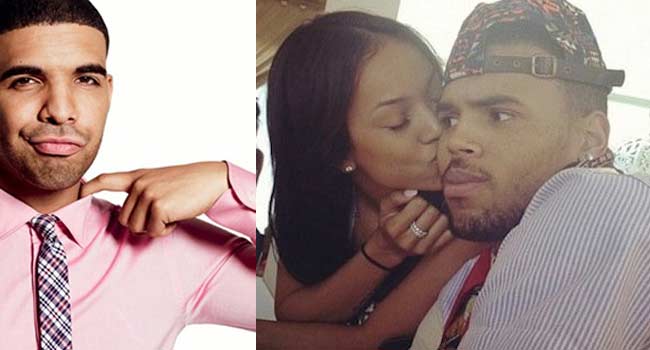 Celebrity couple Chris Brown and Karrueche Tran are back in the news again for publicly breaking up, this time with Brown accusing his ex-girlfriend of cheating with Drake or sleeping with Drake while Karrueche claims she has been ‘repeatedly mistreated.’

Chris Brown lashed out first at a concert where he asked the crowd ‘where the single ladies at?’ adding ‘I’m single too, f--k that b---h.’

Brown chewed Tran out over Instagram claiming that he “was locked up for damn new four months and only got one visit” adding that “[Karrueche] was hosting parties and going on dates with Drake.”

This was after Karrueche Tran first broke her silence about the break-up publicly stating that she refuses to be “repeatedly mistreated” adding “especially by someone who claims to love [her].”

After Chris Brown called out Karrueche for allegedly cheating and partying while he was in jail, he returned later with an apology saying that “being young and dumb” is one of his “strong suits.”

Brown added that he ‘loves hard’ and ‘reacts impulsively’ when he’s hurt but stated he “doesn’t think that social media is the place to air it out” so he apologized.

Professing his love, Brown added, “everybody know I love that girl”.