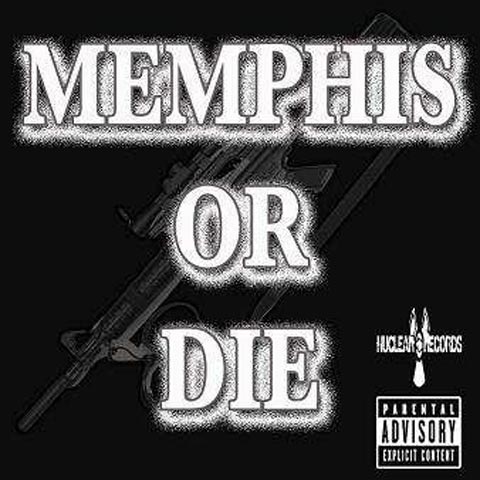 CEO of Nuclear Records, Plutonium, is spearheading The MEMPHIS OR DIE! movement that he states, in an interview with Memphisrap.com, is and will continue to attract major attention on Memphis.

After signing Kavious nearly 3 years ago, Barry “Plutonium” Walker (CEO of Nuclear Records) predicts that Memphis will become the Motown of the South. It seems like a bold prediction considering that 8Ball & MJG and Three Six Mafia are currently the only artists moving big Soundscans out of Memphis, and has been the only ones doing that for the last 15 years. The big questions are, can Memphis and does Memphis really want to get to the next level?

If Memphis wants to get to the next level where it is respected as being a dominant and innovative force in not only hip hop but every aspect of the music business. If Memphis is ready are the artist and infastructure in the game ready and willing to make the necessary changes and sacrafices that need to be made? Plutonium states he is determined to play the role of Barry Gordy in the new Motown.

Thanks to the Oscars, mainstream America may just get a chance to find out what else Memphis has to offer. Quiet as kept Major labels are looking at the Memphis Area the same way that baseball scouts are eyeing up the Dominican Republic. The proof is Kinfolk Kia Shine’s new deal with Universal and a number of other rappers that are communicating with the majors. Plutonium is spearheading The MEMPHIS OR DIE! movement that he states, in an interview with Memphisrap.com, is and will continue to attract major attention on Memphis.

Memphisrap.com: So how long has the MEMPHIS OR DIE! movement been going on.

Plutonium: It’s been about a year now. Me and my folks been on it, we have been rocking the Memphis or Die! T-shirts for a while. We just decided it was time to take it to another level and get everybody involved with the movement. Thats why we decided to start selling the T-shirts and everybody from 8Ball & MJG, Young Snipe, Miscellaneous, and Young D have purchased them. We even got Drum Squad and Jazze Phae rocking them in the ATL.

Memphisrap.com: So what made you come up with the concept Memphis Or Die!?

Plutonium: I’ve been studying the game for a while and I just pay attention to detail. What I was seeing was that every city that blew had a movement going on within that city. They had a flag that they were do or die about, and that was missing in Memphis. So I came up with The Memphis movement. I ran it by my other CEO Rob G. He put a twist on it and said lets go with Memphis Or Die! I was like thats it. It sounds good, looks good and it stands for something.

Memphisrap.com: So tell everyone what they need to know about the Memphis Or Die! Project.

Memphisrap.com: And the CD, speak on that.

Plutonium: The Cd is crazy I mean I searched high and low in every corner of Memphis to get the best I could find. The CD is that street s--t that you are not going to hear on the radio. Its like the old 8Ball & MJG. We didn’t put no cut on this, this s--t is Raw and uncut. Its a mixture of known and unknown artists, yall going to Luv this.

Plutonium: It’s a movement of everyone coming together to become a weapon for Memphis and move as one for the same common cause and the same goal which is to get the major deals and major money flowing through Memphis coming from the music game.

Memphisrap.com: So is the project looking to be major?

Plutonium: The Project is going to be huge its highly anticipated and we already have pre orders of 75,000 coming from New York, LA, GA, TN, AR, MS, TX , FL and a lot of other states. We are establishing a platform for the Memphis independent artist/Labels to be heard and seen by the Major Record Labels and the world. We have orders coming from the UK, Canada, and Japan so Memphis music is loved all over the world. If you keep throwing stuff at the wall eventually something is going to stick. Memphis must be relentless about this music game. Stay on ya grind.

Memphisrap.com: We definitely know a little something about that! So, any last words for our readers?

Plutonium: Look out for Volume 2 coming out early 2007. The Memphis Or Die! DVD/CD was hosted by DJ 007 and it was filmed and edited by Blink / 29 Frames Production. If you are interested in being in volume 2 hit us up at http://www.myspace.com/memphisordie. To everyone that we got footage/music on that didn’t make Volume 1, we will try to get you on Volume 2, we couldn’t fit everything in Volume one!! Lets Get It!!!