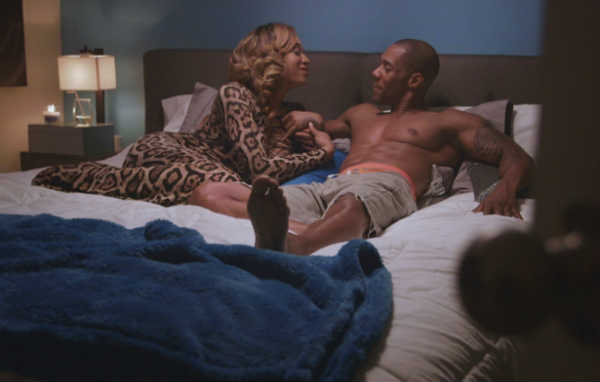 Love & Hip Hop: Atlanta has returned for its third season with new additions to its cast and of course it brought new drama.

Everything from weddings to new babies to an armed shooting and yes, we all know by now, a new sex tape were all introduced on Love & Hip Hop: Atlanta season 3.

To start things out, Stevie J has apparently married his Puerto Rican Princess Joseline Hernandez after ending an off and on relationship with his ex-fiancee and baby’s mother Mimi Faust.

Along with their new marriage came a new home, which the newly married couple refers to as “The White House.”

Meanwhile, Mimi Faust has moved on as well with her new man Nikko Smith, whose sex tape “Scandal In Atlanta” stirred up much controversy and anticipation before season 3 began.

On the new season 3, the couple discusses their tape which they claim was for personal entertainment until it leaked.

On the other end, we have Lil Scrappy who has introduced a new girl, rapper Bambi, to the show as his new ‘main squeeze.’

Other new cast include rapper Waka Flocka Flame, who comes on with his fiancee, another new cast member, Tammy.

Erica Dixon and Ariane Davis return to the show as well and are seen in an awkward conversation with Mimi in which she reveals to them that she and Nikko did a tape and that both of them have copies.

Also returning to the show is rapper Rasheeda and her husband Kirk who are dealing with a marriage ‘on the rocks’ as Rasheeda has given birth to their new baby Karter.

The drama doesn’t stop there as we can’t forget Lil Scrappy’s hot and outspoken diva mother, Momma Dee, who weighs in on all Lil Scrappy’s relationships.

If you missed it, check out the full episode of the new Love & Hip Hop Atlanta season 3 show, which garnered over 5 million viewers for its premiere.