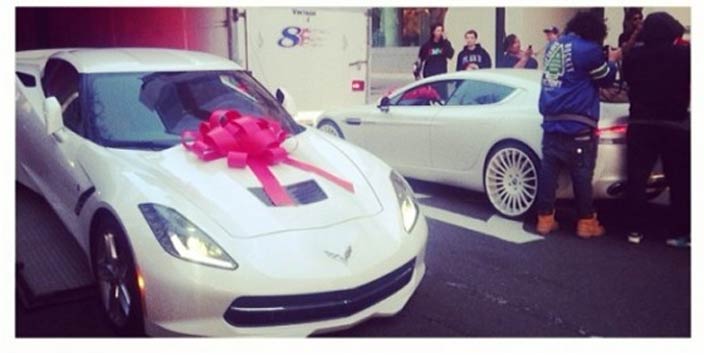 A whole lot was going on the weekend before last for the CIAA collegiate athletic conference consisting mostly of historical colleges and universities held in North Carolina.

There were multiple people arrested and there was even a shooting scene where two people were reportedly shot at a CIAA after-party hosted by Diddy. In addition, a DJ was reportedly shot in the parking lot during the celebration for the release of Rick Ross’ new album Mastermind.

However, it was definitely all love and not war for CMG, who practically took over the streets of Charlotte during CIAA Weekend with their all white cars.

The love started off with a surprise for two of CMG CEO’s who received brand new cars from Yo Gotti.

During their stay in Charlotte for CIAA Weekend, pictures show crazy displays of CMG’s all white whips lined up at different event functions over the popular weekend.

It was not all pleasure for CMG during their trip to Charlotte as Gotti was set to perform at a couple of venues during the hosted events as well as CMG’s Snootie Wild, who performed at an event hosted by DJ Drama.

Check out some of the photos from CMG during CIAA Weekend.