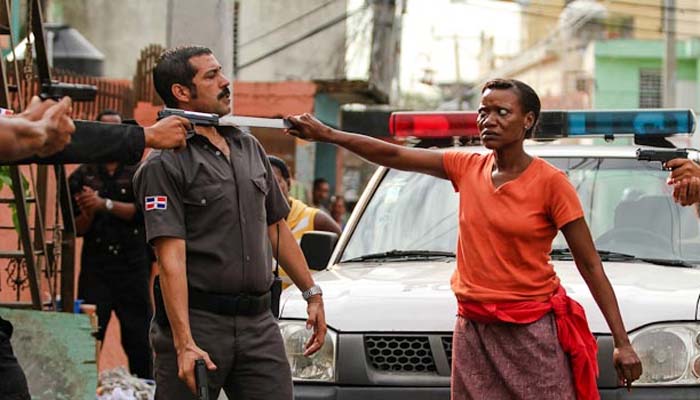 OMG a picture of a woman with a machete up to a cops neck stopping him from beating her son has gone viral over the Internet.

Obviously the picture has many people searching for the details of who this woman is and what is the story.

MemphisRap.com did a little bit of research and learned that the viral picture of the woman with the machete supposedly stopping a cop from beating or maybe shooting her son is not a real story at all.

The picture is apparently taken from a film titled Cristo Rey, which came out in 2013.

The film is set in a fictional neighborhood named Cristo Rey in the Dominican Republic, which is being ruled over by a gang leader.

The main character is a Haitian and Dominican descent man named Janvier who, in order to make money to send by to his mother in Haiti, becomes a bodyguard for the gang leader’s daughter.

Later he falls in love with the girl who he was suppose to be guarding much like the movie The Bodyguard featuring the late legendary singe Whitney Houston.

Check out the trailer. 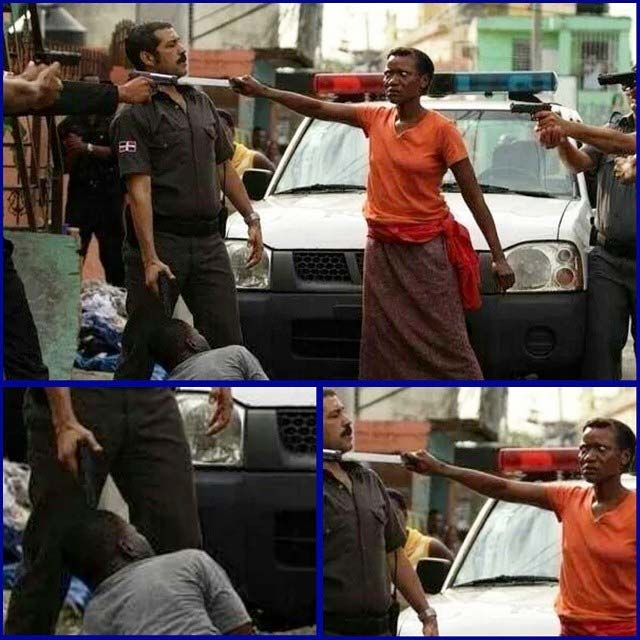