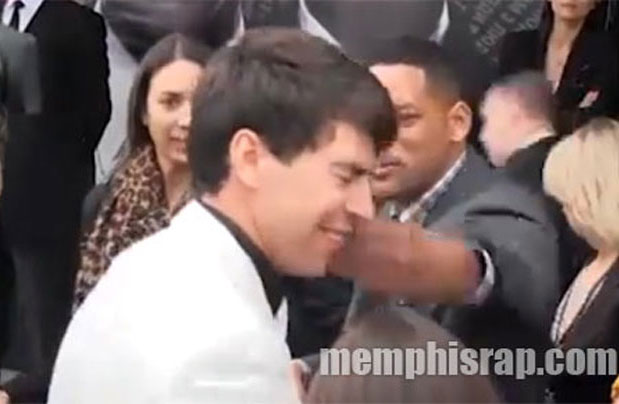 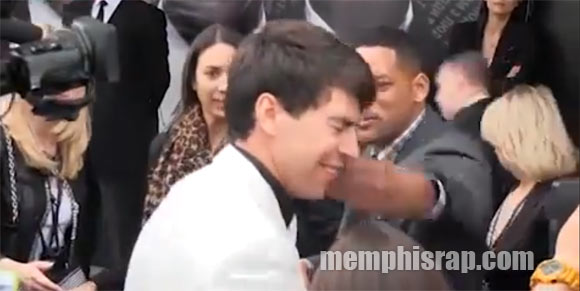 During the ‘Men In Black 3’ movie premiere on the red carpet in Moscow, actor/rapper Will Smith had to slap a male reporter whom he said tried to kiss him on the lips. Vitalii Sediuk of Ukrainian television channel 1+1 had already been in headlines before on last year for presenting music star Madonna with some hydrangeas and calling the singer/actress “my princess” at the Venice Film Festival.

Madonna later returned online via a silent video with one of the subtitles reading, “I’m left with the feeling that I still hate hydrangeas.”

As for Will Smith he responded on the carpet telling Sediuk, “Hey, hey c’mon man, what the hell is your problem buddy?” as he pushed him and slapped him with the back of his left hand lightly on the cheek.

According to Smith, he could have sucker punched him, so Sediuk should consider himself lucky as he spoke in a camera and to a crowd of journalists on the red carpet.

“Hey sorry, he tried to kiss me in my mouth. This joker lucky I didn’t sucker punch him. Oh, sorry I said that on camera. Nah, nah it’s all good,” added Will Smith.

Meanwhile, Will Smith avoided Vitalii Sediuk from kissing him twice on the lips by moving around.

Watch the video of Will Smith pimp slapping a journalist for trying to kiss him in the mouth below.