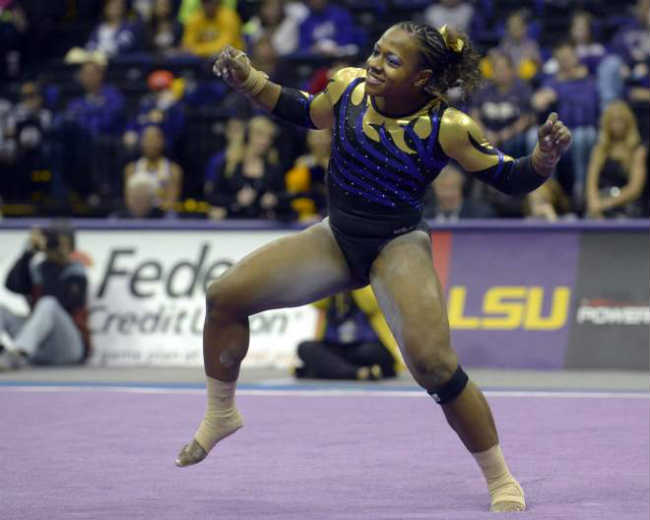 Lloimincia Hall, a junior at Louisiana State University (LSU), is a tiny gymnast who has created a huge buzz surrounding the videos of her hip-hop floor routine which has landed her perfect 10’s when she performs it flawlessly.

The imaginative and creative performance is definitely one that builds excitement and even a little bit of worry as the little Hall flips high in the air multiple times leaving you amazed at her talented and theatrical dance performance.

A video surfaced of one of her performances were the LSU junior from Dallas performed the hip hop routine at the amazement of the audience and now viewers all over the world.

Reportedly, Hall has scored a perfect 10 at over four separate performances during the SEC gymnastics season.

Check out the hip hop gymnastics routine by Lloimincia Hall.