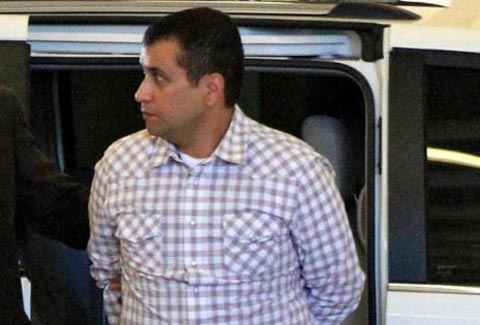 Neighborhood watch volunteer George Zimmerman surrendered to police Sunday and was booked into jail approximately 40 minutes before the 48 hours to surrender would expire. George Zimmerman, who was charged in the murder of 17 year-old Trayvon Martin, has his bond was revoked over the weekend after prosecutors filed that he and his family had lied to the court about their finances.

As reported on MemphisRap.com, the judge agreed with the prosecutors that George Zimmerman didn’t disclose the funds which were over $100,000 at the time of his hearing in April that was raised on a website set-up for the accused Zimmerman. During that hearing, the judge questioned his wife Sheila who stated that they had limited funding and therefore his bond was lowered to $150,000.

In addition to Zimmerman and his family not telling everything about his finances, a secondary passport came into the picture which prosecutors are also questioning, Reportedly, his attorney didn’t reveal he had this in his possession until a month later.

Meanwhile, Zimmerman’s legal team will be asking for a new bond hearing and are hoping to show the courts that George Zimmerman is not a flight risk following scrutiny that it is believed that he would flee.

Zimmerman was arrested 44 days after shooting Trayvon Martin when an online petition shined light on the case and activists and protestors stepped in.