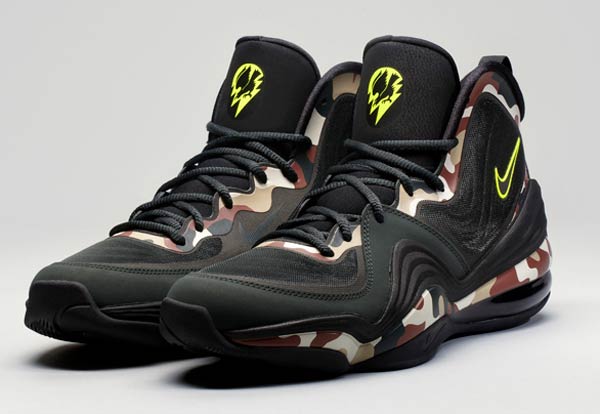 We’ve heard about the “red hot” Nike Air Penny V Lil’ Penny’s, which dropped on last Thursday, so we definitely can’t forget about the Penny V “Camo” which dropped a day later.

The “Camo,” which sports a rendition of the widely known illumination material commonly associated with military, comes with a black sole, dark green, black, and white colorway that has military camouflage patterns along the side of the shoe, upper and mid-sole.

To show some spirit, the shoe also bares five neon green/volt colored stars on the ankle section of the Nike Air Penny 5 Camo’s as well as a soaring eagle logo on the tongue of the shoe.

The Penny V “Camo” is available at retail outlets for $165.