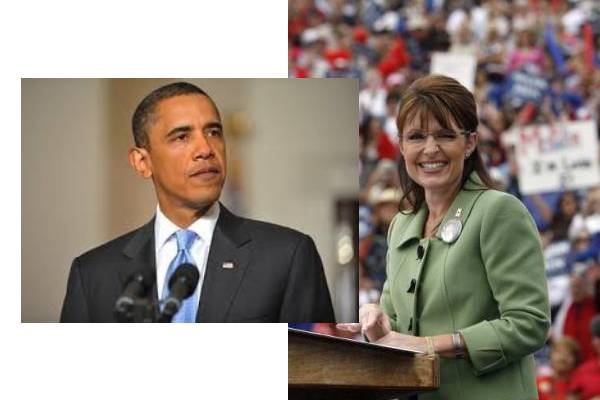 Barack Obama has struck back saying his Republican opponents are trying to quote ”distract you with smears” regarding Palin’s remarks claiming that he is associated with “terrorists.”

Democratic presidential nominee Barack Obama has struck back regarding Palin’s remarks claiming that Obama is associated with “terrorists.” Obama claims that his Republican opponents are trying to quote “distract you with smears” and “Swift Boat-style attacks.”

“Senator McCain’s campaign has announced that they plan to turn the page on the discussion about our economy and spend the final weeks of this campaign launching Swift Boat-style attacks on me,” Obama told a crowd of thousands of supporters. “Senator McCain and his operatives are gambling that he can distract you with smears rather than talk to you about substance. …I want you to know that I’m going to keep on talking about issues that matter.”

Alaska Governor Mrs Palin recently made remarks at now three different campaign stops including Colorado and California that Obama had been “palling around” with Bill Ayers, a founder of the Weather Underground movement, the radical movement which waged a violent campaign against the Vietnam War during the 1960s when Obama was a child.

At the rally in North Carolina, Obama responded stating that the Republicans were trying to distract voters from the real issues.

“They’d rather tear our campaign down than lift this country up,” Obama said.

“That’s what you do when you’re out of touch, out of ideas, and running out of time.”

Palin has defended her remarks, saying it was “fair to talk about” Obama “as being so imperfect… he is palling around with terrorists who would target their own country.”

“I think it’s fair to talk about where Barack Obama kicked off his political career, in the guy’s living room,” Palin said.

Obama has served once on a charity board with Mr Ayers but denies having any close association with him or his views and has also denounced the Weather Underground movement.

Though the voter turnout should be a vital role in deciding the outcome of the November 4th presidential election, currently, the latest polls place Obama ahead of McCain in major electoral states which both the Republican or Democratic party need inorder to win the election.