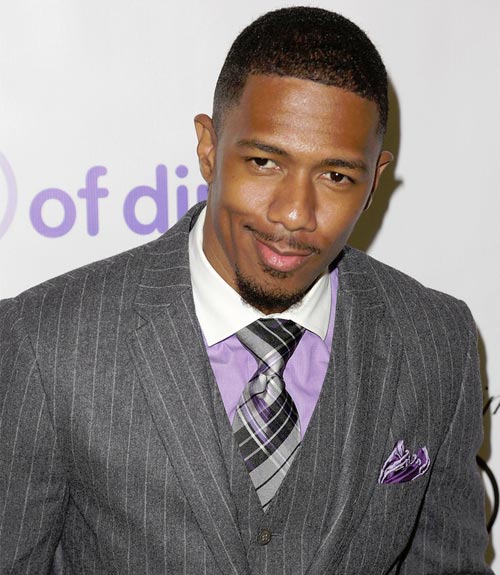 Entrepreneur, rapper and radio/television personality Nick Cannon, who’s been overcoming a few health issues and enjoying married life to singer Mariah Carey, revealed a number of things during a recent interview with Howerd Stern. Cannon revealed who he would want as another judge on America’s Got Talent, spoke about being a father, having sex with his wife Mariah Carey, dating and breaking up with Kim Kardashian over her sex tape video and more.

The most interesting thing everyone seems to be talking about is why Nick Cannon left Kim Kardashian. Cannon cites Kim Kardashian’s sex tape video with Ray J, which took the internet by storm back in 2007, as the incident that caused the their dating (Nick Cannon and Kim Kardashian) to go sour.

During his interview with shock jock and America’s Got Talent judge Howard Stern, the America’s Got Talent host told Stern that Kim Kardashian lied about the sex tape to him when he questioned her about it after Ray J gave him a nice warning that things were about to change.

According to Cannon, 32, if Kim Kardashian would have been honest with him, he would have probably tried to hold her down since it was before him.

“First of all, I was never in a relationship with her.. we were just kind of… This was my issue, we talked about this tape. I was like yo, people are telling me you got a tape coming out. And she told me there was no tape. If she might have been honest with me, I might have tried to hold her down and be like.. that was before me, because she is a great girl, she’s actually one of the nicest people you’ll ever meet,” stated Nick Cannon.

Nick Cannon also believes that Kim Kardashian had a role in leaking the tape.

After Nick Cannon ended with Kim Kardashian, he went on to build a relationship and a family with Mariah Carey with whom he has been married to for the last four years. The couple had fraternal twins (Monroe Cannon and Moroccan Scott Cannon) back in 2011.

As for Kim Kardashian, she went on from a few rumored dates with others to a short marriage with Kris Humphries and now a relationship with longtime friend and music producer/rapper Kanye West.

In addition to Nick Cannon talking about Kim Kardashian with Howard Stern, he did mention sex with his wifey Mariah.

The entertainer gave personal details on how he masturbates to his wife’s music when she’s not there and even revealed that the two allegedly have sex while listening to her music also.

And if you want to know what’s Nick Cannon’s favorite song, it’s “Hero.”

Check out the interview below: