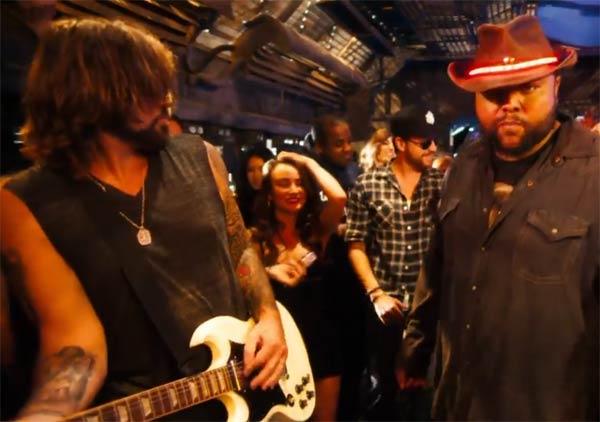 Miley Cyrus’ dad Billy Ray Cyrus has shared a music video of a hip hop remake of his 1992 country hit song Achy Breaky Heart with a song contribution from a rapper named Buck 22.

Billy Ray Cyrus, with guitar in hand, is seen in the video with dark sunglasses, shoulder length hair and a bearded face getting his hip hop on as music producer Buck 22 (Damon Elliott) raps new hip hop verses to the popular country song of the 90’s.

Apparently Miley Cyrus has rubbed off her dad as she has been featured in a number of hip hop influenced videos with the likes of Juicy J, Mike Will Made It and others including in videos twerking herself making headlines for her twerk skills.

Check out the video of Billy Ray Cyrus in the hip hop remake of his song Achy Breaky Heart by rapper Buck 22.