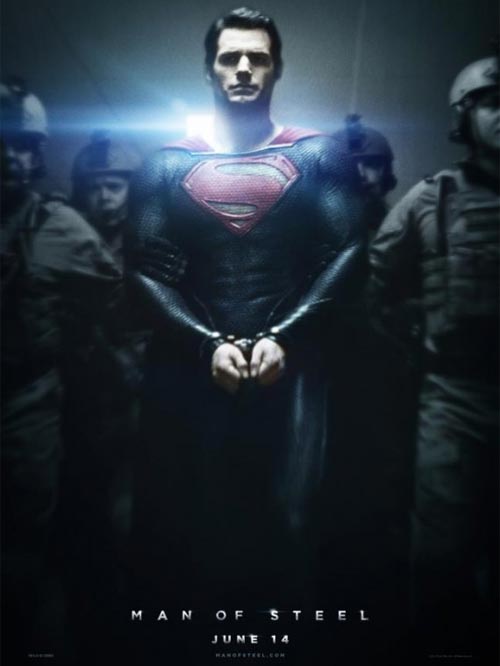 A second movie trailer has been released for the film Man of Steel which is set to hit theaters June 14, 2013. Man of Steel stars Henry Cavill as Superman (Clark Kent) alongside Kevin Costner and Diane Lane as Kent’s Superman adoptive human parents and Russell Crowe (Superman’s alien father).

The new trailer, which was released on Wednesday, teases moviegoers about the upcoming flick and leaves questions as to whether the movie will satisfy real Superman fans and not just showcase great visual effects but present a great storyline, as most movies really haven’t been 5 star worthy, according to many movie community fanatics. Already, many have noticed that Superman’s trademark red briefs and yellow belt are missing, just to mention.

In this second movie trailer released, more is revealed and Clark Kent is shown saving a bus full of kids with a mother in the background speaking that her son witnessed him doing it. Clark Kent’s human father is shown telling a teen Clark Kent he has to make his super powers, which are part of who he is, a secret. Clark Kent then questions his father on rather he should have let the kids die and his father Jonathan Kent, played by Kevin Costner, responded ‘maybe.’

The trailer transitions showing Clark Kent as a 13 year-old teen and as a bearded face man in his twenties questioning where he comes from and transforming into the superhero everyone knows Superman as.

“My father believes that if the world found out who I really was they would regret me. He was convinced that the world wasn’t ready. What do you think?” asks Clark Kent as people attempt to escape disasters.

Will you regret the new Superman, Man of Steel?

The movie will be distributed by Warner Bros who debuted the trailer alongside “The Hobbit: An Unexpected Journey,” which released 12-12-12.